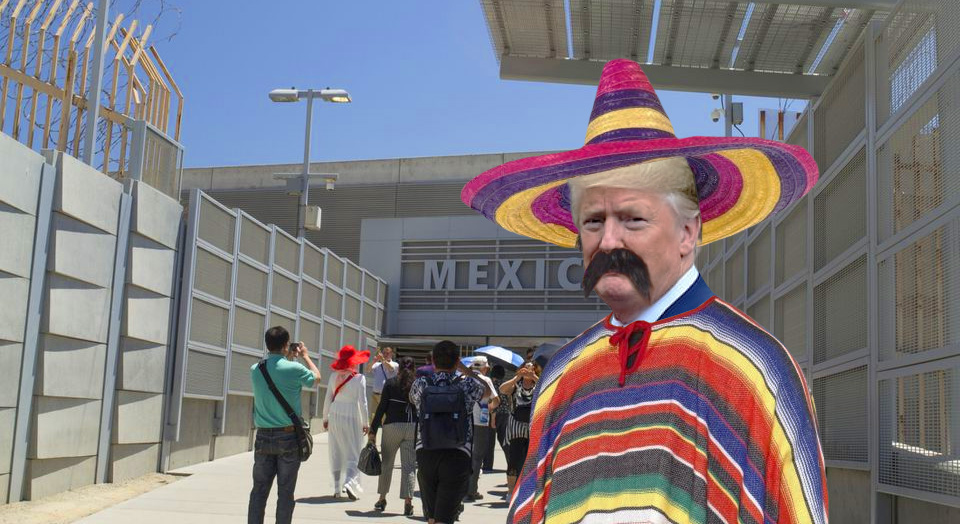 Full time golfer and part time President of the United States Donald Trump has today been detained at the border to Mexico, after being spotted attempting to flee the country in the wake of his impeachment hearing.

Asked whether he really thought he was fooling anyone, Trump said that he “doesn’t know what you people are talking about” before attempting to fire the border guards using his presidential authority, then giving up and driving away in his presidential motorcade which was idling nearby.

Returning again two hours later in a poncho and eating a taco, Trump was successfully allowed over the border, by guards who decided it would be better for everyone if the man was just allowed to leave and never return.

UPDATE: Mexico has since sent Trump back, and offered to pay for a border wall in order to keep Americans out of their country