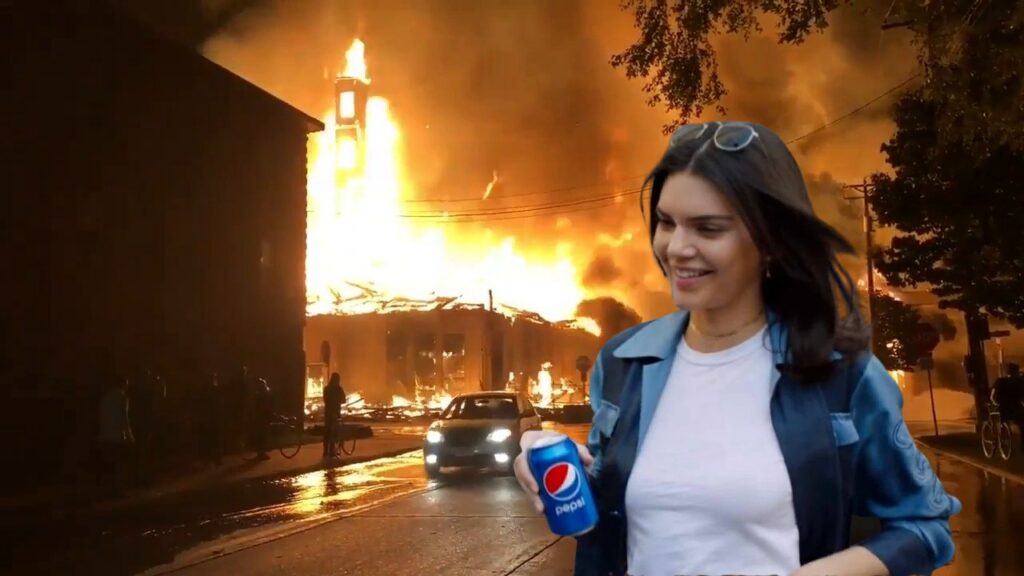 Racial tensions and police brutality across America have been solved this week, after Keeping Up With The Kardashians star Kendall Jenner was deployed by government officials to provide peacekeeping softdrink distribution in Minneapolis.

“Like um I just like totally think we should all just get along,” said Jenner in a rousing speech in front of a tearful crowd. “Like we’re all just human y’know. Whether you’re black, white, or someone like me who looks black until I take my makeup off, at the end of the day we’re all just skeletons underneath our skin which is really spooky, y’know?”

Listening to the protesters talk about the unrelenting tide of black people dying at the hands of police who do not face consequences for their actions, Jenner said she heard their concerns, and that while she couldn’t address the underlying current of white supremacy that exists in America’s armed forces, she could offer them a delicious sip of an ice cold Pepsi, available at all supermarkets and convenience stores right now.

“Mmm that’s refreshing,” said Kendall as she took a deep sip next to a burning police station. “Sometimes when your country is collapsing around you due to an authoritarian president and a police state that repeatedly abuses its power, you need to take a moment to appreciate the smaller things in life, like this new line of Pepsi with a lime twist. Now who wants to come together and hold hands as we loot this Target?”

Jenner was then arrested by police, after they mistook her dark-shade foundation as a threat.