World
Lawmakers bravely protest against themselves in hopes that someone will change the laws
June 9, 2020 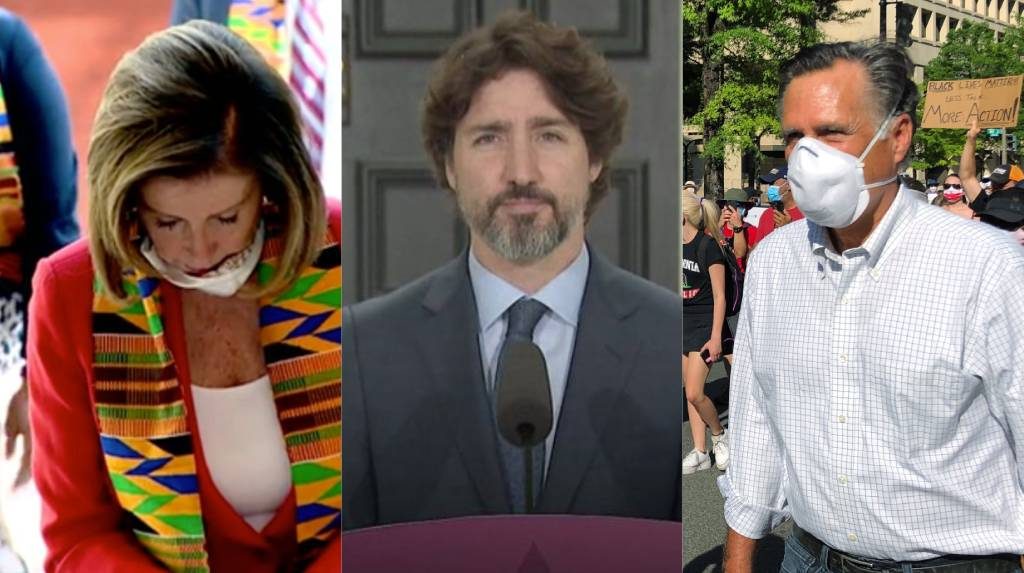 While protests occur around the world against the brutality shown to black people at the hands of police, many lawmakers have shown their support by protesting alongside them in hopes that lawmakers will hear the public outcry and do something about it. From Republicans like Mitt Romney to Democrats like Nancy Pelosi and even Canadian Prime-Minister Justin Trudeau, lawmakers all over the world are calling for those in power in their countries to make laws to protect black people and punish police officers who have committed hate-crimes.

“It’s just not right,” said an American senator at a protest, “senators need to listen and update the rules. It shouldn’t be happening. People in charge should be standing up and fighting for re-election, shit sorry, I mean real action. My bad y’all, also make sure you get the photo of me kneeling please. Anyway, where was I, oh yeah, politicians need to be in their offices crafting meaningful legislation to fix this. But they aren’t there, where are they? What else could they possibly think would be helpful to do right now?”

“What am I doing about it?” said another senator after the other one went to go check his polling numbers. “Well, it’s not much, but I am out here, with the people doing what I can. I just feel so helpless, trying to save the young black voting demographic. You see if these politicians really cared about doing something, they would be in there right now listening to experts about what bills to introduce to parliament!”

Not all politicians are protesting against themselves however. Australian Prime-Minister Scott Morrison, who previously supported anti-5g protests, has condemned Black Lives Matter and Aboriginal Lives Matter protests, saying they were irresponsible. “Look I am all for having a free country but doing something about this issue might alienate the racist vote,” explained Scott. “You see not all of them have jumped ship to One Nation yet. How great are the passionate conspiracy theorists though? They are truly fighting to save lives!”

“Now if you’ll excuse me, I have a stadium sized Hillsong conference to attend, followed by a footy game.”