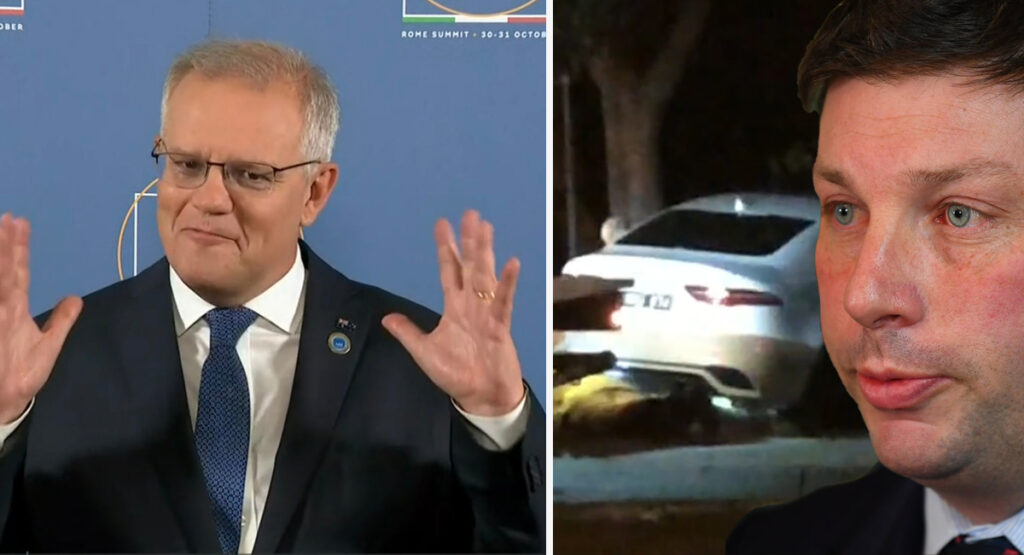 Prime Minister Scott Morrison has come under fire after completely embarrassing himself on the first day of the COP26 summit in Glasgow, with many dubbing it the worst ‘car crash’ moment the Liberal Party has ever seen, dating all the way back to Former Shadow Attorney-General of Victoria Tim Smith at 8:50pm on Saturday Night.

“He has been a complete disaster,” said one pundit, “I can’t believe he has managed to mess up this badly. He is swerving around, stumbling up on his words, picking unnecessary fights and making things up to yell at journalists; it’s like he is drunk. No wonder he has crashed so hard, he is a menace.”

“I mean look at him out there. Going on about ‘big tech censorship’ and that everyone is out to get him. It’s a climate summit. That is not what they are for, they are for discussing Climate policy and submarine trade deals. I was worried he was going to sit on the fence of climate discussions, not drive straight through it.”

“He isn’t even wearing a mask, it’s completely reckless, he could be putting lives at risk. I haven’t seen a blatant disregard for others, he could left people feeling as wrecked as Tim Smith felt on Sunday Morning or worse how his car felt.”