National
PM dismisses Grace Tame’s criticism after discovering she is a woman
August 4, 2021 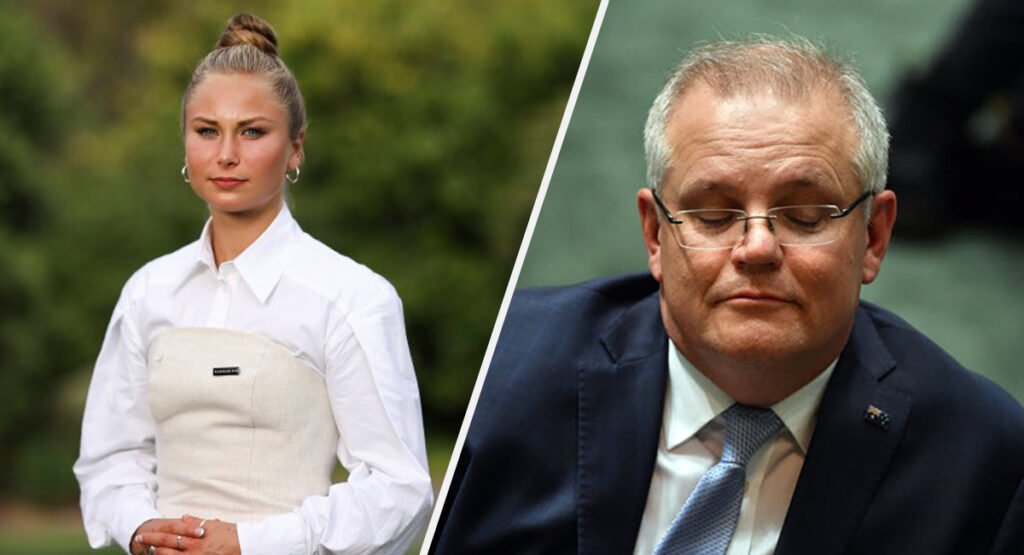 Prime Minister for Men, Scott Morrison has responded to a Sydney Morning Herald article written by Australian of the Year Grace Tame which criticised the PM for promoting alleged rapist Christian Porter to Acting Leader of the House while there has still yet to be an investigation into the allegation. The PM dismissed the assertions of a patriarchal abuse of power after he discovered they weren’t written by a corrupt man.

“Grace has completely got it wrong about these issues,” said Morrison coming out of a meeting with his empathy consultant, “I do care very deeply about this sort of stuff. That’s why I have put a complete end to the media saying ‘Bonk Ban’. It was completely inappropriate the way they used that phrase, it completely diminished the seriousness of the great work that our ministers were doing. Champions in the field.”

“And when it comes to the message it sends to the people of Australia about the victims of harassment and assault, again I do care. So I take great offence to the framing that has been used to paint ‘patriarchal abuses of power for all abuse victims to see’ as some sort of bad thing. Australia was built on this stuff.”

“Although I personally haven’t read the article since it was written by a woman, I do think she should stay quiet as she is the Australian of the Year. I once again call on the selection committee to be more selective when choosing who they pick. Personally I reckon we should go with Christian Porter, or the Sharkies, or Hillsong leader Brian Houston, they are some of my favourite people in this country and really embody what my government has been all about.”

Others have also responded to the article. Christian Porter has already begun discussing with his lawyers about suing Ms Tame, while Peter van Onselen is understood to be preparing a hit piece rebutting her implication that the system is broken.