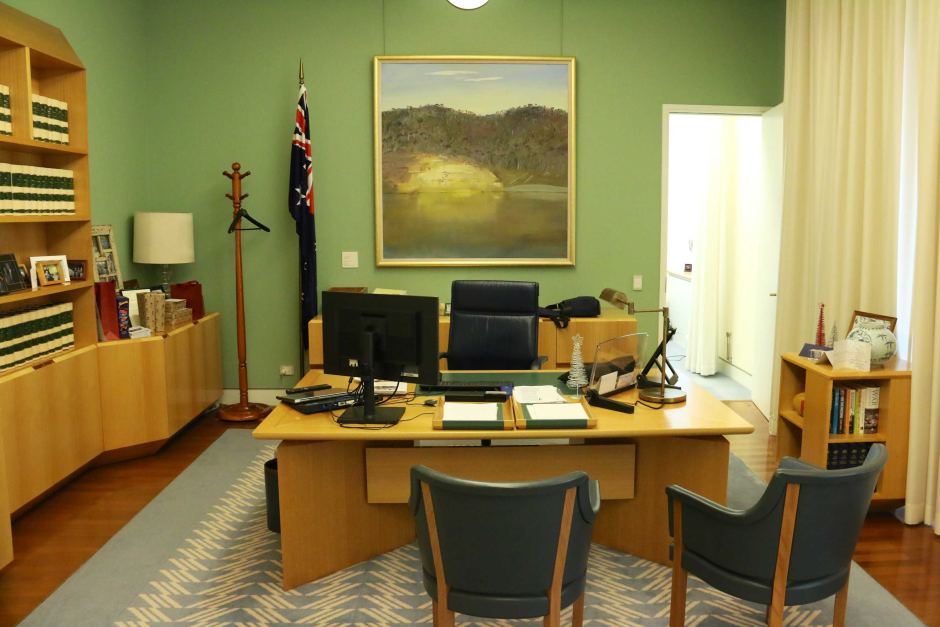 Cleaners at Parliament House have today revealed they have been paid for a job that hasn’t been done in more than 3 years, taking after the Prime Minister’s current working model. Leaked reports suggest Morrison, largely absent from public life taking on the role of Prime Minister, returned to his office on Wednesday hoping to find tickets to a holiday he’d booked years ago to see if they were refundable, only to discover them laying under a layer of cocaine dust that had floated in from the prayer room next door.

“They’ve barely touched it!” raged Scomo. “Look, the post-it-notes with reminders to show empathy are here, my 2019 Hawaii themed calendar is still set on December, and there’s dust all over my ‘Budget Back In Black’ mug! Plus this hose here has clearly never been held.”

“I’m so furious I’m taking the rest of the week off to decompress.”