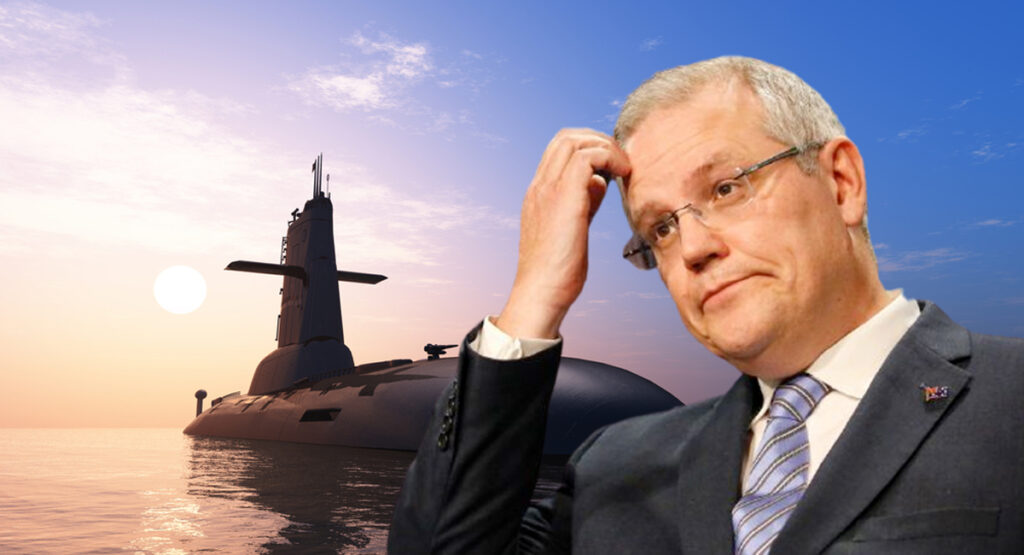 Prime Minister and carbon emissions enthusiast Scott Morrison has formally apologised to the fossil fuel industry after he mistakenly ordered billions of dollars worth of nuclear submarines. The PM said the mistake occurred after he misheard the conversations with Johnson and Biden, which led him to believe he was buying ‘New Clear’ submarines that would be made entirely of glass.

“It has come to my attention that I have made a serious error,” said the PM while holding his comfort coal, “I never meant to commit to something that doesn’t emit carbon. I thought these were new state-of-the-art submarines made of glass so we can see all the wonderful fossil fuels at work.”

“If there is any solace for my mistake it is that uranium mining will be through the roof, the industry is about to blow up. I mean look on the bright-side, these things are only zero emissions after they are made, we can still destroy the planet while making them. As well as when the enemy destroys them.”

In response to the announcement; strategists have celebrated the move saying underwater vessels will become increasingly important as the sea levels continue to rise. France’s lawyers have also celebrated the opportunity to show Scott Morrison what happens when you don’t make good on a $90b contract.