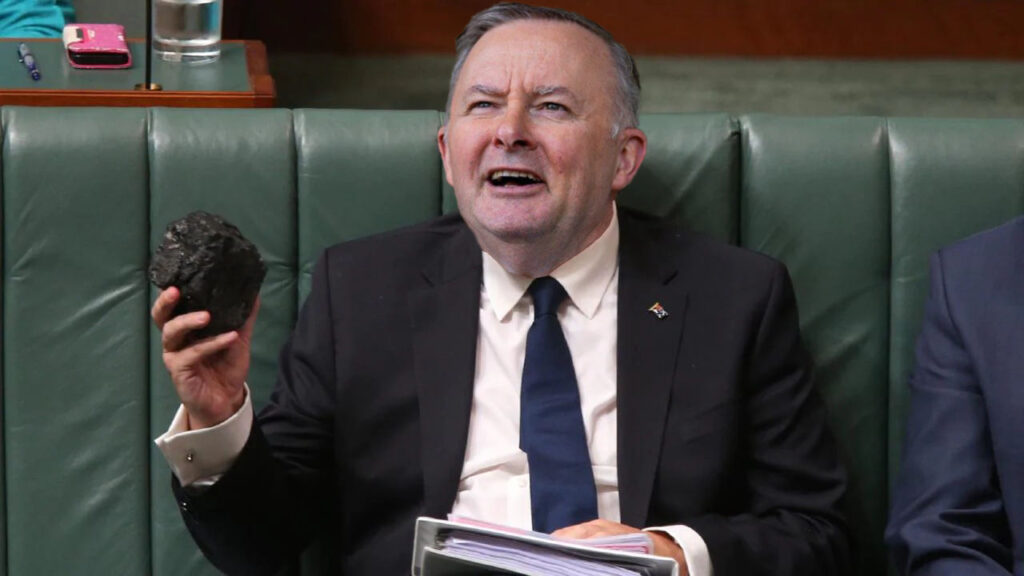 The Australian Labor Party has clarified its climate stance after many voters were confused by its ‘net zero by 2050’. Opposition Leader Anthony Albanese said net zero does not refer to ‘net zero emissions’ but instead means ‘net zero standing in the way of coal by 2050’.

“Voters please remember we are the middle ground on this whole ‘acting on climate change’ thing,” claimed Albanese despite polling data that shows the vast majority of Australians think we should take serious action in regards to climate change, “we understand not everyone agrees with stopping climate change. Climate change, like all things, has pros and cons. We know that and we know that a small percentage of Australian voters are pro-climate inaction and they want someone they can vote for.”

“Australia’s economy and place in the world needs coal,” he claimed despite all of Australia’s allies and trade partners considering economic and political punishment for our climate inaction, “coal fuels us. You see what they lack in paying tax, they make up for in political donations. As our slogan suggests, ‘we are on the side of all Australians’ and that includes those with the last name Rinehart.”

“We are committed to not showing any commitment to this issue, its something almost all politicians can get behind. Our plan to do nothing about doesn’t just stop at 2050, it is only a target. Rest assured we plan to let coal companies start new mines after 2050 too. So we need all Aussies to come together and help out these poor little mining magnates, we are going to need a lot more paper straws if we are going to offset this carbon.”