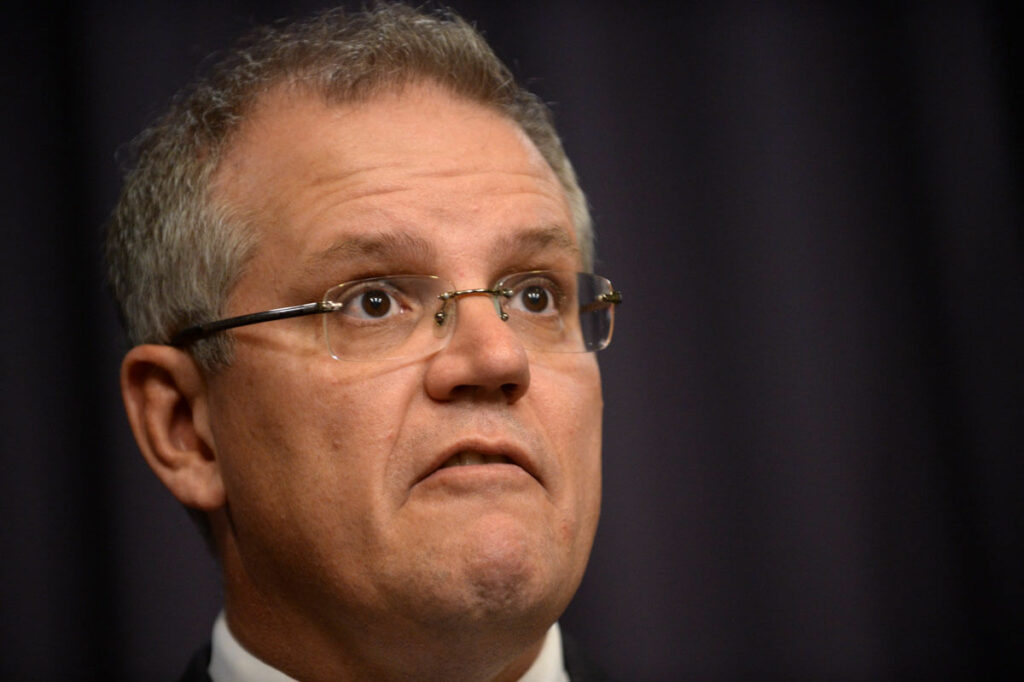 Following the lacklustre reaction to the 2016 Budget, Scott Morrison says he now regrets hiring an intern to put it all together.

He said that the intern had been appointed 12 weeks ago, and had seemed enthusiastic doing the basic duties of his office, filling in travel expenses forms, and so Morrison had given him the Federal Budget as part of his duties.

The intern came in Tuesdays, Thursdays and every second Friday, and was paid $4 an hour in a cash-in-hand arrangement.

But Mr Morrison said the final result was ultimately disappointing. “He did a solid job on the basic stuff. I don’t know whether I could have paid better lip-service to health and education.”

“And the way he completely omitted any mention of climate change, despite it being the main issue confronting his generation, was masterful.”

“But his work on the tax cut was sloppy,” said Mr Morrison. “I distinctly remember telling him to make sure our tax cuts for the rich didn’t come across that way. But he fluffed it. It’s understandable, I suppose. Who knew that most people earn less than $80k a year? I certainly didn’t. But he should have checked beforehand. It was sloppy work, and I’ll be putting that in his reference.”

The intern’s final day was today. The intern – George Huddleston – said he was hoping for a big farewell party, particularly because there’d be free food and he hadn’t been able to afford to eat properly on $4 an hour. “The parking here is $3.50 an hour, so that doesn’t leave much for food,” said Mr Huddleston. “But on the plus side, I’ve lost 10 kilos.”

Mr Morrison denied there’d be a farewell party for the intern. “I told him to get himself a card from me.” Mr Huddleston said he’d spent the money for the card on a sausage roll.

Mr Morrison defended his decision to let the intern go. “He’s been with us for 12 weeks, so if we want to keep him on we’d have to pay him a proper wage. And that’s not how these things work – everyone knows that. So we’ll just find a new intern. There’s always plenty around,” said Mr Morrison. He said the intern’s first job would be updating the mid-year budget overview with all the downgrades they didn’t want to put in a pre-election budget.

Meanwhile, Joe Hockey has welcomed Scott Morrison’s new budget, and expressed hope that after the 2016 Budget has been passed by both houses of parliament, they’ll have time to pass his 2014 Budget. “It’s all there and ready to go,” he told reporters.