National
‘I didn’t break any rules’ says guy who makes the rules
September 8, 2021 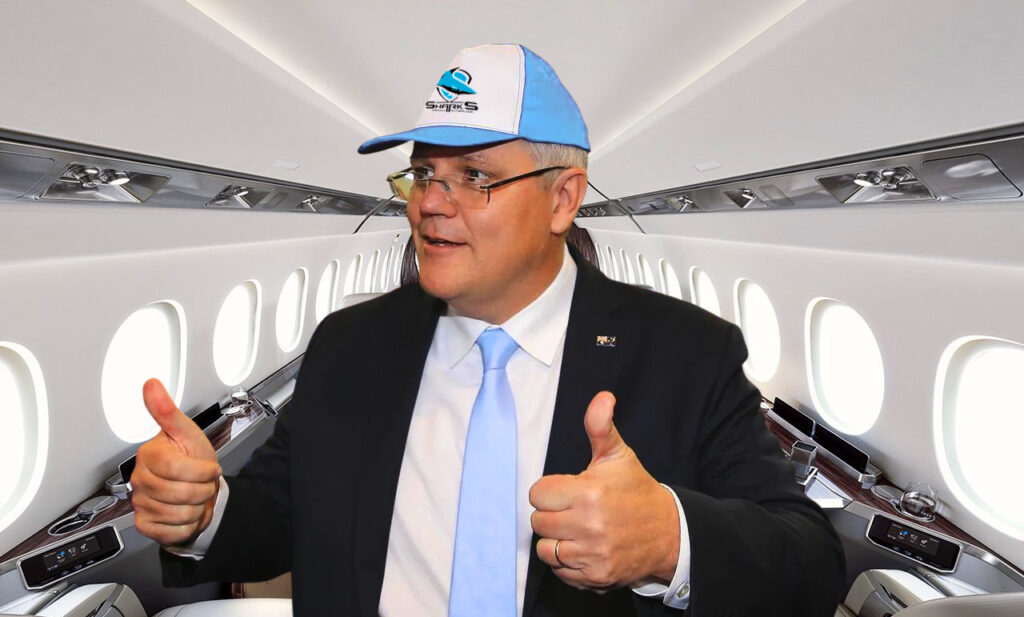 Prime Minister Scott Morrison has responded to criticism after it was revealed he has left Canberra to go to Sydney to hang out with his family multiple times since the beginning of lockdown, using taxpayer-funded jets.

Morrison denied any wrong doing by pointing out he technically didn’t break any of the rules he made. “Anyone who happens to be able to expense taxpayer funded jets is allowed to travel on them to see their family,” he said.

On Sunday, Morrison posted a photo on Instagram of his family which was taken at a memorial service for a child who had died earlier in the year, with a statement that implied he wasn’t currently in the presence of his family, which he was.

“What I did was perfectly reasonable, which is why I tried to hide it from the public with a photo from when I was at a service for a dead child.”

ACT Chief Minister Andrew Barr condemned Morrison’s contempt for the rules and standards that everyone else has to follow, speaking strongly until asked by a journalist why his government approved the travel, Barr said “Umm… well… you know… anyway…”

In response to this controversy Opposition Leader Anthony Albanese continued his longstanding commitment in providing more opposition to Bill Shorten than Morrison by defending Morrison and dismissing the issue entirely which many think shows further proof to the theory that Albo’s focus group is the Liberal Party front bench.