National
Government says it has stockpiled enough scandals to last entire pandemic
1st of your 1,000,000 free articles this month 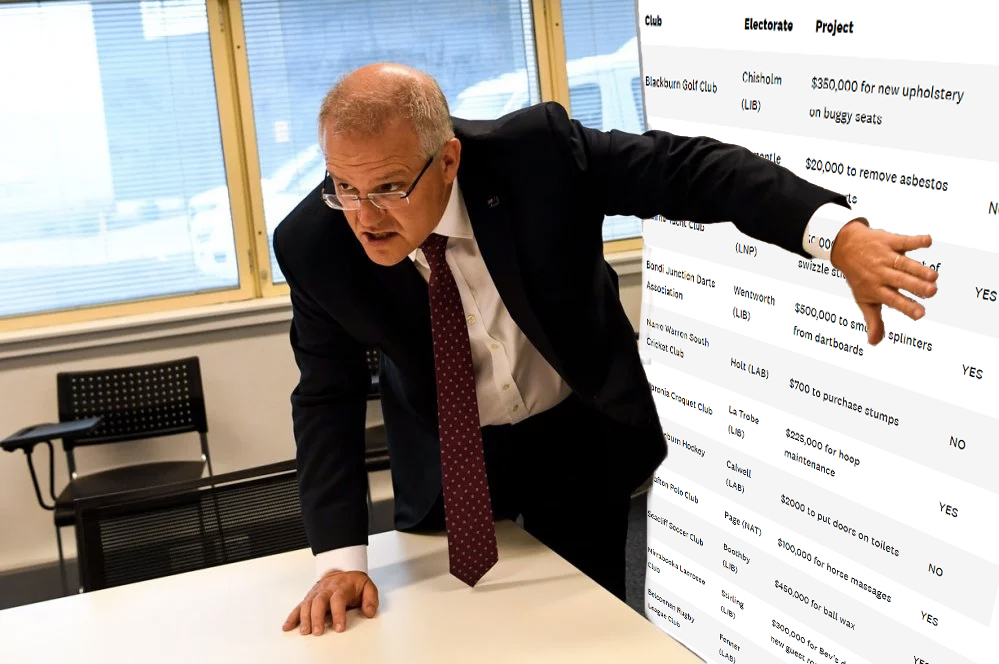 Scott Morrison said that the government has stockpiled emergency supplies of corruption and mismanagment scandals that should last till the end of the Coronavirus outbreak.

“We go through a hell of a lot of scandals as a government, so it was only prudent to stock up to last us through the coming months,” Mr Morrison said.

The Prime Minister announced the scandals would run from run-of-the-mill misuse of government funds, all the way to one involving a staffer, a pineapple and a forty-four gallon drum of KY Jelly. “Barnaby’s in charge of that one,” he said.

“We’re storing them in Michaelia Cash’s Gold Coast apartment,” said Mr Morrison. “It’s great for her, because everytime she needs to go and visit them, she can claim travel allowance and charge the cost back to the taxpayer — that’s a whole extra scandal right there!”

He said that Angus Taylor had been working overtime in generating sufficient supplies of scandals. “It’s a pity we used by that bizarre one involving the forged Sydney City council document of travel expenses. That would have been great to have available in an emergency, when we were running low on scandals.”

“But I’m sure Angus Taylor can come up with dozens more,” he said confidentally.

Asked about his favourite scandals of the past few months, Mr Morrison said the Sports Rorts saga was great because it had so many twists and turns. “Bridget McKenzie has outdone herself with that cock-up. Now it’s not just about the original pork-barrelling. It’s about the cover-up and the corrupt handling of eligibility criteria even after we’d signed off on it,” he said smiling, before correcting himself. “I mean, after SHE had signed off on it.” He added that the colour-coded spreadsheets gave it a real “visual impact.”

But Mr Morrison said there were almost too many scandals to mention. “Angus Taylor setting up a Cayman Island’s based company, and then selling non-existent water to Barnaby Joyce for $80m is probably the best one yet, in terms of sheer audacity.”

“But don’t forget that Peter Dutton-linked company Paladin – where the government awarded a $432m non-tender contract to a firm run out of a beach shack.”

Mr Morrison said that if the stockpile of scandals ran out, it would be a real crisis which means he would probably head back to Hawaii for a quick break.