IMAGE CREDIT: "The NBN would be faster if everyone just pulled out their cables." 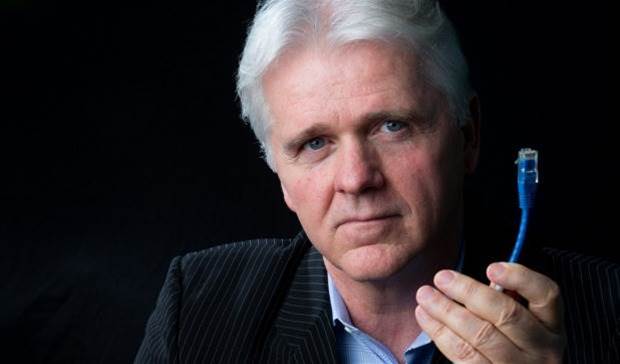 "The NBN would be faster if everyone just pulled out their cables."
By Charles Firth

The head of the NBN has slammed people who play video games for a severe bout of indigestion he suffered last night after eating dodgy Butter Chicken from an Indian takeaway joint around the corner from his house.

Mr Morrow dismissed concerns that he should have realised the butter chicken was dodgy, especially as it was advertised as “Last Week’s Butter Chicken” and had green mould growing on it. He claimed he was correct in purchasing the dish. “After all, it was $2 off.”

Mr Morrow said gamers were the real problem. He said that blaming his indigestion on the meal would be like blaming the quality of an internet network on the people who built the internet network. “That doesn’t make any sense.”

The attack comes days after Bill Morrow attacked gamers for using the internet, claiming they were slowing down the network. He pleaded with users to stop using the NBN, pointing out it would be much faster if nobody used it.


IMAGE CREDIT: "The NBN would be faster if everyone just pulled out their cables."