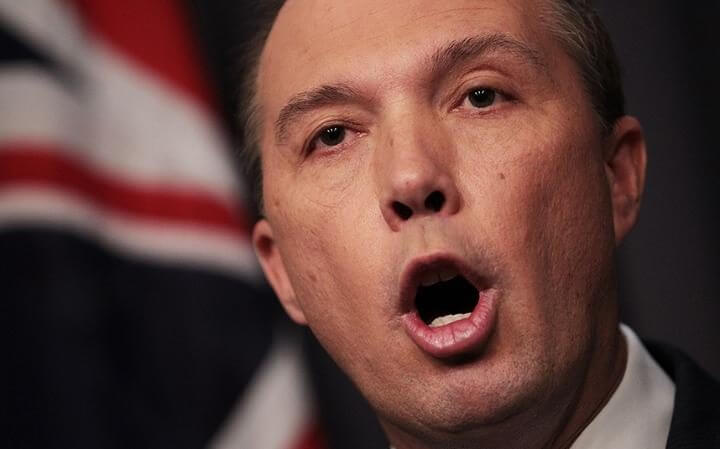 Hackers last night released Peter Dutton’s Census answers, which revealed that he answered “Cold-Blooded Amphibian” to a question regarding his gender.

Several complementary sources have already come forward confirming that he is of Amphibian origin.

One insider said that Mr Dutton “keeps a large blow up pool in his office at all times and he’s sometimes seen bathing in the pool while he works. The pools full of tadpoles and moss it’s super disgusting. I had always assumed it was the usual creepy politician stuff.”

The leak also revealed that when asked to list how many children currently lived in his home, Dutton had scrawled “Three children and two thousand precious hatchlings.”

Dutton has since worn his amphibian nature with pride, stating “From my diverse background from a tadpole, to a spotted salamander to the bottom sucking parasite I am now, I can understand all walks of life. Except people from landlocked countries of course, gross.”

Despite what most would predict, the outing of Dutton’s Amphibian origin has been well received with the public. The majority of people polled simply reported to be “incredibly thankful to find out he isn’t one of us.”