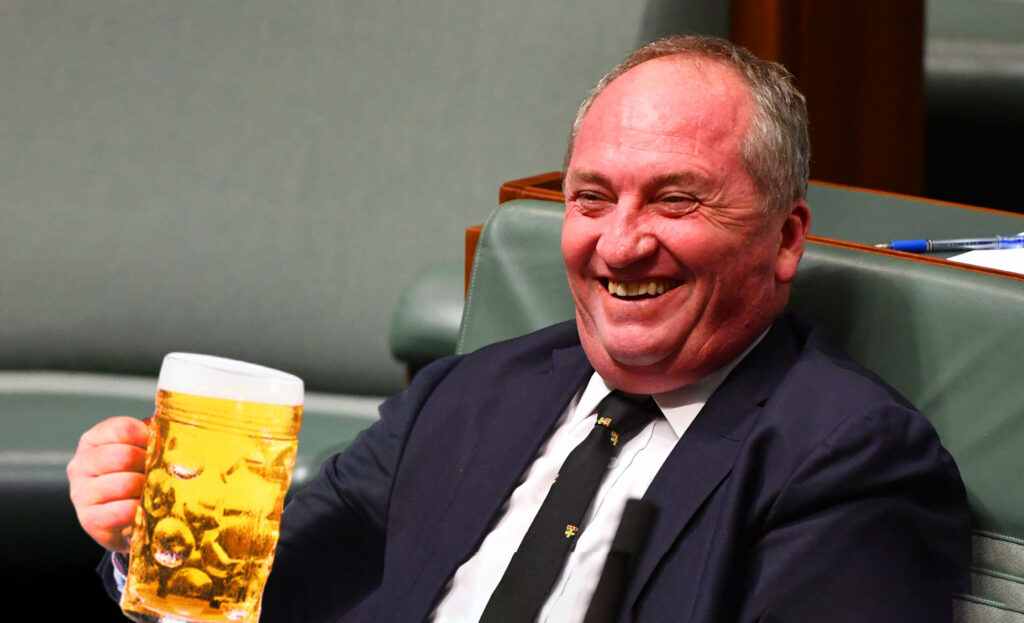 Deputy Prime Minister Barnaby Joyce has been put on a cashless debit card, after he was found to be intoxicated at work yesterday.

The immigrant who has spent a large part of his life living off government money, will now only be able to access funds through the card until such time that he can be trusted to not make decisions, like attempting to murder a Hollywood actor’s dogs. His employer, the Australian people, justified the decision in a statement today, explaining that Joyce has a young family relying on him and that he has previously expressed difficulties in making ends meet.

Joyce will be the first person in the Federal Parliament to use the card. However, many of the card’s supporters say that it should be extended to the entire building. “This isn’t about punishing these people, it’s about helping them,” explained one concerned citizen. “Booze, sexual assault, drugs – every day it’s another shameful story coming out of this place. Not even sacred land like the prayer room is left untouched. Clearly these people can’t be trusted to handle their own money, so from now on Centrelink will be overseeing their spending.”

Update: Every MP is now in 10,000 debt due to a Robodebt rounding error.