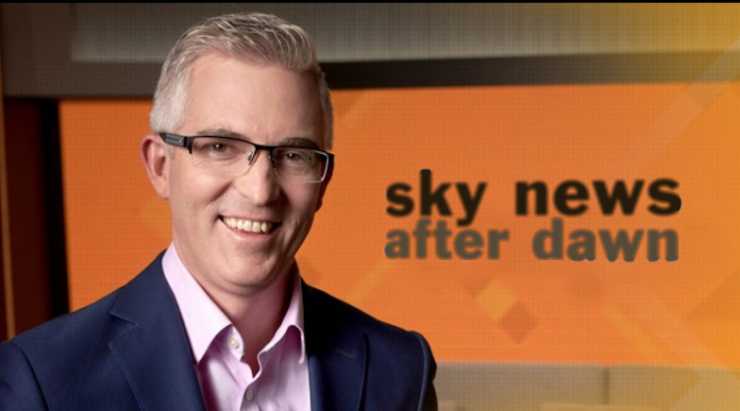 The ABC has addressed complaints over yesterday morning’s episode of Insiders, which many viewers labelled ‘disgusting’, ‘infuriating’ and ‘shit’. The ABC has denied that yesterday’s episode was ‘bad’ and instead have opted to change the title of the show to the far more accurate ‘Sky News After Dawn’ as to help viewers understand the show is not meant to be ‘informative’, ‘factual’ or ‘a net good for society’.

“We assumed we had made it clear what we wanted the show to be when we plucked a Sky News host to take over,” said an ABC producer, “I am sorry to any viewers who mistakenly thought we would be striving to make a show you can trust.”

“Hopefully now with the rebranding we will stop getting complaints every week about ‘bias’, ‘lies’ and ‘misplaced focus’. That’s the point of the program, so that ABC viewers can hear from the Murdoch press that they don’t read because of how shit they are. It’s important to hear other opinions, even if they directly contradict facts and basic decency.”

“To address yesterday’s episode in particular, when the panel blamed rape victims and implied you can’t trust an allegation that wasn’t immediately taken to the police, it was representative of the problem. If we were to have a host that would shut down victim blaming and shaming, that would potentially be fighting against the problem and we wouldn’t want that. How would that help discussions in any way?”

“I also saw the twitterati complaining that the panel kept saying how hard this week was for LNP ministers in particular and kept slamming Albanese for not having dealt with hypothetical issues in the past that are the same as the real issues the panel gave the PM a pass on. Well only one of them will let himself be interviewed by journalists, and this is our job. Just because we fail to do our job with one side doesn’t mean we shouldn’t do our job. Also it is really hard to get those ego boosting gotchas out to politicians that refuse to answer questions, and those questions are what journalism is all about.”

“Lastly if we started booking guests who stand up to the issues and held Liberal to the same standards as Labor or the Greens, then that could jeopardise their lunch plans with politicians or their membership to the Press Club and their delicious Champagne smoked Lobster. If that happens who will represent the masses? That’s why if we ever hold truth to power while the LNP are in charge, we have failed.”

According to our sources other potential names included: ‘Insiders of the Canberra Bubble’, ‘The Problem’, ‘Boo Labor Bad!’, ‘Fact or No Facts,’ and ‘Speers and Friends Make You Groan Out Loud!”.