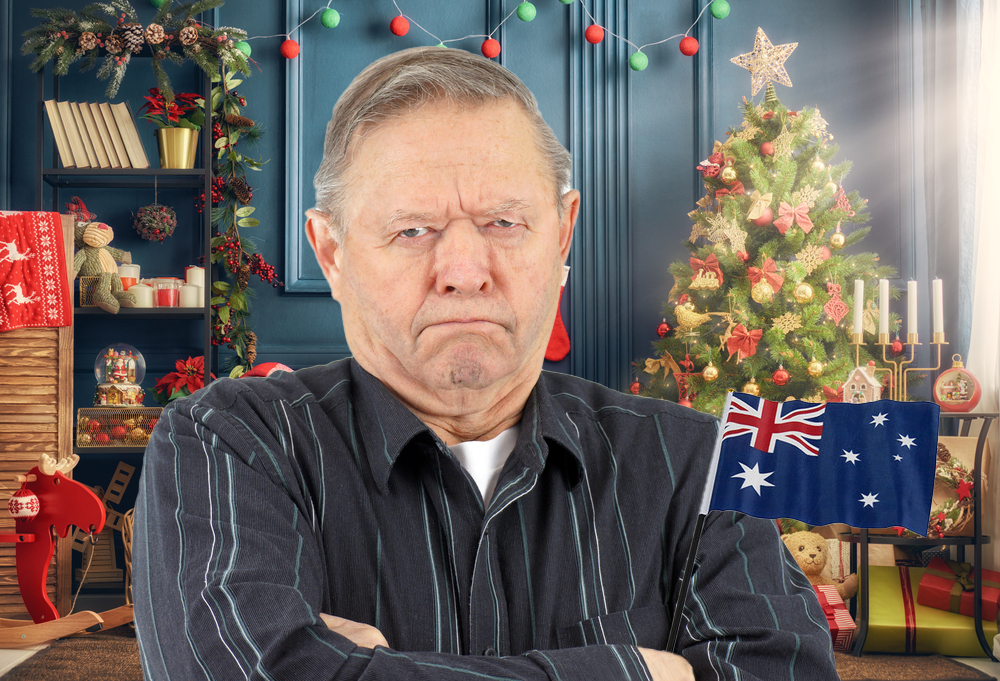 White Christian people around the country have taken a break from preparing to celebrate the birth of the baby Jesus of Nazareth on the 25th of December, in order to prepare for the upcoming discussion around whether Australia day should potentially be moved to a different date in order to accommodate the many Indigenous Australians who don’t feel comfortable celebrating on the specific date. Many of these white Christians who are against the move say  that it is important to celebrate the big holidays on the historic dates and to move them in order to accommodate some people would be a ludicrous idea.

We reached out to a local Christian man who is against changing the date of Australia day to hear his concerns about the historical inaccuracy that could come from celebrating on a date that wasn’t chosen as a rough estimate of when the ancestors of a small portion of the population colonised/invaded the land.

“We can’t just move a day we celebrate a historic event.” He said while decorating a tree to celebrate a holiday that was invented in recent history to celebrate a birth on a date they knowingly moved by months for convenience. “We should all just come together on the actual day like we do for Christmas. You cant just up and move traditions. While yes Aboriginal and Torres Straight Islander people have thousands of years of history and Australia day is on the specific day that a small percentage of modern Aussies’ ancestors begun trying to destroy all of it, you can’t just change the long history of Australia Day being on January 26th dating all the way back to 1994!”

“Sure historians aren’t sure that Jan 26th was the day of the settlers landing, but historians cant be sure of anything. I mean look at their investigation into the life of Jesus. They couldn’t even prove whether his name was Jesus or Joshua. History can be like that sometimes. History is basically just people deciding what is true and what isn’t, so we can just say it is the exact date. I mean I guess the only thing we know for sure is that the date can be painful for modern Aboriginal people, but what better way to make them feel included in the celebration of all Aussies than using that date?”

“I mean as a Christian we have thousands of years of history which we celebrate on December 25th so that in coincides with the birth of Jesus. If we were to move that, historians would laugh at our view of history. Moving a holiday to make it easier on those who celebrates would be stupid and unnecessary. I mean, since it is this time of year I would like to ask, what would Jesus do in this situation? Would he call for a change to include all citizens and assist them with their problems? No, I don’t, umm… think so?”