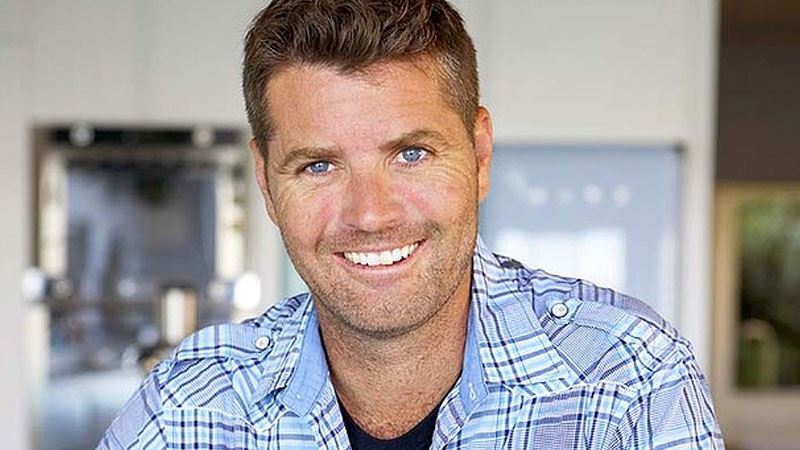 From the Chaser Quarterly 2

With his Paleo diet empire going from strength to strength, we caught up with the ridiculously handsome Pete Evans and asked him to take us through his normal day as a modern-day caveman.

5:23 am: Awoken by another drip from the roof of our cave as it slides slowly down my perfectly chiselled cheekbone and into my mouth. The roof leak irritates me but at least it’s not fluoridated water. It’s almost dawn. Time to hit the waves down at Maroubra. Which reminds me to check if cavemen actually rode surfboards? I hope so, or it undermines pretty much everything I stand for.  The Nutritional Mermaid is still slumbering peacefully on the dry side of the bed near the Locals Only graffiti. How come she never gets the wet spot? 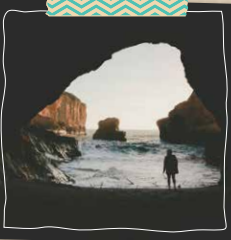 5:45 am: Quickly scull a grass-fed steak tartare genuine free range egg yolk smoothie. The organic coconut oil is such a winning binder. Yummers. Leave a small glass of hemp milk with kale sprinkles at the bedside for N.M. There are several mutilated cat corpses in a pile near the cave mouth. She has been out hunting felines again. That’s tomorrow’s breakfast sorted.

6:01 am: Drive to Maroubra beach. En route there’s another fucking nutritionist attacking me on the radio. The Paleo Way is nothing like Scientology. I’m much better looking than Tom Cruise.

6:25 am: Finally manage to pull on wetsuit. It’s a little tight because Nutritional Mermaid suggested that one size too small would show off my pecs. Again, coconut oil came to the rescue. Brainwave new product: Paleo Organic Coconut Wetsuit Lube.

6:50 am: Ask fellow surfer to unzip me out of the wetsuit. Promise to autograph his in exchange. Surfed three sets together. Managed to catch a bream with my bare hands and rip its head off with my teeth. New mate reckons I’m a ‘wild man.’

7:30 am: Back home to find the Nutritional Mermaid vacuuming the cave. I scold her for running the expensive Miele over the sandstone. Play ‘scissors, paper, rock’ to work out who cooks dinner. Mermaid wins again. Wonder from which of my many bestselling cookbooks I’ll find tonight’s meaty recipe?

Caveman Baby Formula
Prep time: 10 million years. Cook time: 6-12 hrs. Serving: 4 litres. You’ll need 7kg of those bony chicken parts, 2-4 chicken feet, 700g chopped chicken liver, 2 tbsp apple cider vinegar, purified unfiltered water.
1
. Place the chicken pieces in a stockpot. Add 5 litres of cold water, vinegar, sea salt, and leave to stand for 30 minutes – 1 hour. 2. Bring to the boil, continuously skimming off the skin and foam that forms on the surface of the liquid. Stir the brew like you’re stirring a potion in a cauldron. Reduce the heat to low and simmer for 6 – 12 hours. 3. Perform Caveman voodoo dance. It helps with the flavour. 4. Store the broth in covered containers in your refrigerator or freezer. Not that refrigerators existed in caveman times so just leave it out and if flies get into it think of it as extra protein.

9:10 am: Glance in the rear view mirror. Are my piercing blue eyes actually that blue? And the whites that white? Consider blowing myself a kiss but almost run up the back of a Hyundai Getz. My Hyundai Santa Fe would eat that Getz for breakfast, preferably with a rich bone marrow gravy.

9:22 am: Picked up the tux from the hire shop. I’m now all set for tomorrow night’s award ceremony. The Bent Spoon award will be another accolade in my blessed career; although I do remain confused,’Australian Skeptics’ is a bit of a dud name for a culinary organisation.

9:50 am: Still stuck in traffic heading for the studio. Manu Feildel texts me to say that he is already there. Smug French b’stard. How many global diet trends has he started, hey?

10:27 am: Producer implies that while they support me all the way on My Kitchen Rules, they’d like to keep a safe distance from outright advocacy of all the Paleo stuff. I consider bringing up the idea of danger money for all the processed crap I have to eat as a judge on this show. Instead I bite my tongue and discover it’s made of meat. So I bite it again.

11:15 am: Email from TED saying they are thrilled with the viewing stats from the talk I gave at the Festival for Dangerous Ideas earlier in the year. My dangerous idea was that people should be able to eat their children if they already have enough. Most of the audience walked out. They aren’t ready for quite this much danger yet.

12:33 pm: Finalising travel arrangements for the U.S. The third season of The Paleo Way is going to be huge, largely because I’m a beautiful looking man. Take a phone call from Olaf at Malabar Roofing. The water main above our cave is responsible for the drips coming from the roof. In great alarm I ring the Nutritional Mermaid and warn her not to go near any of the fluoridated poison seeping from the cave roof. Complete coincidence that our teeth have a lot less cavities since we started drinking it. 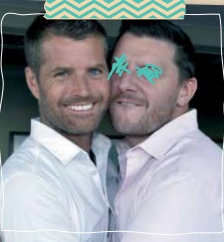 2:01 pm: Email from my co-writers of Bubba Yum Yum – Paleo Recipes for Babies. Charlotte has come up with a winning plan to capitalise on the current demand for baby formula in China. Chicken feet, liver and broth are already huge in China so if we dehydrate and package tonnes of it we’ll make a motza, especially if my picture is on the tin. I’ve insisted that they go easy on the melamine. It’s a Paleo no no.

2:30 – 5:30 pm: Filming. The audience hollers when I come on stage. Manu spits daggers. The contestants haven’t got a clue. Get flustered when a jar of brown rice is spilt into the gravy and have to sit down. I assure the producer that I am not hyperventilating. A hex on grain and gluten!

5:45 pm: I find a slot for the Hyundai near Darling Harbour and take the snips to the fence of Wildlife World. I promise the wombat that it’ll be quick but the great fat hairy nosed thing bleeds out over my bare feet. I’m going to need a bigger cauldron back at the cave tonight.

This article originally appeared in THE CHASER QUARTERLY 2: buy it here.