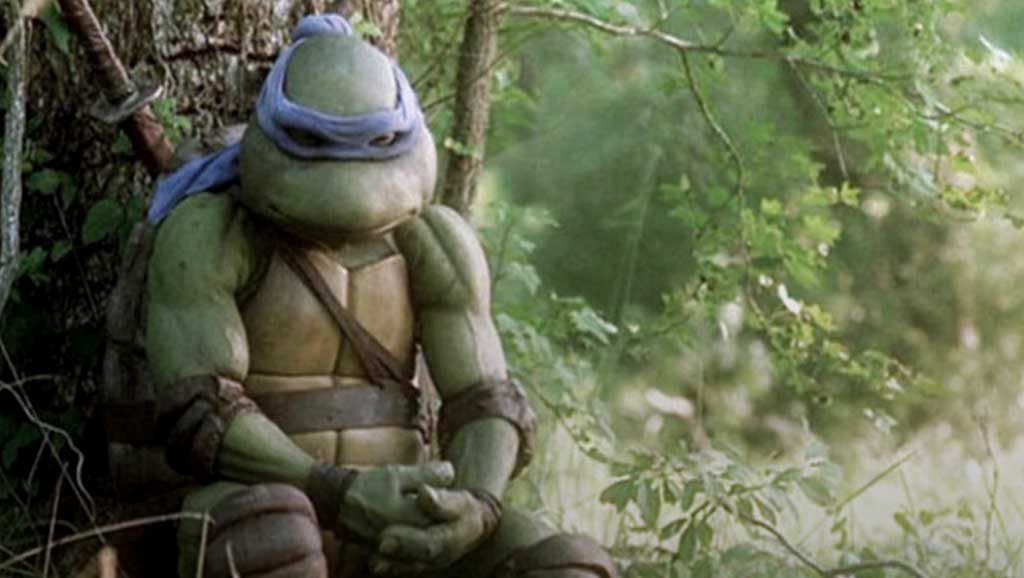 Two decades after they came to prominence, the one-time Teenage Mutant Ninja Turtles have spent their mid-thirties questioning their life choices.

The Turtles found it difficult to cope with the death of their sensei and father-figure, Splinter, which sparked a move out of their long-time sewer home for new lives in mainstream New York society.

“I spent so long studying to be a ninja,” said the group’s leader Leonardo, who recently opened an upscale art gallery-cum-bakery in the Meatpacking District.”What if I’d put that energy into going to art school, so I could have become a great painter instead of merely being named after one?”

Leonardo, who came out five years ago, readily confesses to “dabbling a little in watercolours — with a predominantly green palate, naturally”, and plans to hold his first-ever solo exhibition next spring.

Ever the loner, Raphael has been spending most of his time in India, and can now play the sitar nearly as skilfully as he manipulates his trademark sai.

“Splinter was always going on about meditating, but he’d never even heard of the Maharishi,” scoffed Raphael, who now prefers to be called Rajendra. “And to think I once called him Master.”

Perhaps the best-adjusted in the group is amiable nerd Donatello, who has settled down with longtime colleague April O’Neill to raise a brood of half-turtle redheads in a sprawling Brooklyn brownstone. Whereas Donatello once relied exclusively on the sewers for transportation, he now happily drives a Prius.

Self-described “party dude” Michelangelo is the only Turtle not to have attempted to reinvent his life, and is still charming co-eds at A-list events with tales of being a massive star in the mid-90s.

“I ask the ladies back to my pad to watch one of my live-action movies, or to play one of my dozens of me-themed videogames,” Michelangelo said.”And before long, it’s Cowabunga time.”

“And by ‘Cowabunga’, I mean sex,” he said, acknowledging that many now seem to have forgotten the team’s iconic catchphrase.

But while Michelangelo maintains that he loves his bachelor lifestyle, the others say they find it tiresome. “Mikey’s always texting at 2am from some exclusive club, saying he’s just snorted a line off the chest of an Olsen twin,” Leonardo sighed.”He’s going to turn around at forty and feel like he’s wasted his life. God, even the Olsen twins aren’t that young anymore.”

The Turtles’ decision to “put that whole crime-fighting thing on hold to explore our own individual projects,” as Rajendra puts it, has been welcomed by longtime nemesis The Shredder. His Foot Clan has unleashed an unprecedented crime wave in recent months and is said to be well advanced in its latest plan for world domination.

“We’ll get around to doing something about old Shredhead eventually,” Donatello said. “But we have new priorities, and right now mine’s assembling my eldest daughter’s new IKEA bunk bed with built-in homework nook.”