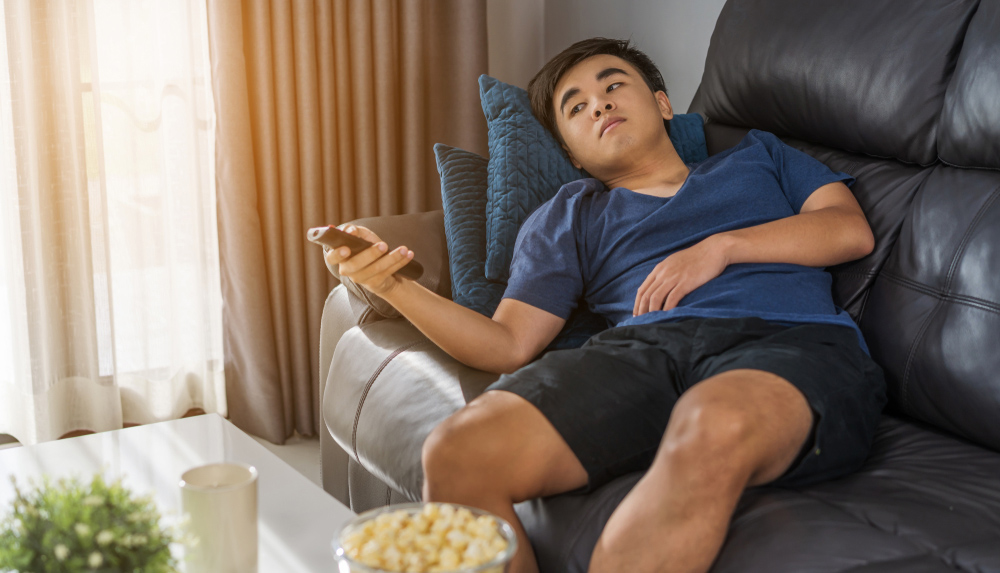 Homeworkers have given up on procrastinating this week and have returned to actually doing work after running out of ways to distract themselves. After an entire week of binging the three actually watchable shows Netflix has put out in the last month, Australians are now reportedly desperate for any semblance of entertainment to pass the time in isolation, with some even going so far as resorting to interacting with family, or watching free-to-air TV in a vein attempt to stem the boredom.

“I don’t understand, what is this?” asked Emil,y a local university student. “Why would anyone choose to watch TV this way? Every 10 minutes I get screamed at by ads for a few minutes, like why are they all so loud? Worst of all, the shows aren’t even that good. Why does every TV station need a show in the morning of boomers chatting about the news? Also, why is the writing and acting on the reality shows better than the dramas? It doesn’t make any sense.”

“It’s not like I have never seen any Aussie TV before,” she clarified. “I used to watch it as a kid, but that was children’s TV so it actually had some decent scripting and budgets. Sure there’s still some good bits but the shows tend to put those clips online anyway, so I didn’t realise the shows go for an hour!”

“I get it now,” she said. “Like when old people used to tell me ‘Back in my day all we had was free-to-air telly’ I would just roll my eyes. Now I feel bad for them, it really would be truly awful.”

Our advice to any young people at home afflicted with needing to watch free-to-air tv, don’t panic there are potential solutions; you could binge watch some YouTube, just watch a Netflix show again, ask around for a password for another streaming service or even listen to some music instead. Whatever you do remember, just this crisis will only be temporary, as soon Netflix will probably just pump out a lot more movies and tv shows like they always do.