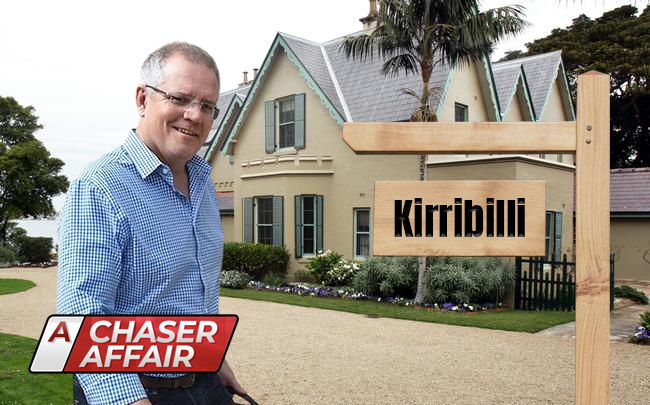 REPORT: Residents in the typical quiet Aussie suburb known as Kirribilli have been left feeling fed up this week, this after a local deadbeat multi-millionaire has been freeloading in a mansion that doesn’t belong to him.

Locals told reporters that Scott (age 54) recently lost his job and is subsequently now living in the mansion rent-free, instead leaving leaving taxpayers to foot the bill for his lavish lifestyle. Infuriated by his smug attitude, locals told Scott that they wanted him gone weeks ago, but the man just refuses to leave.

“This is a disgrace,” said a concerned local, “he just sits there all day doing nothing except hold barbeque parties and play loud ukulele music. It’s been like that for years but ever since the grub lost his job, it has somehow gotten even worse. I swear he is like the ultimate neighbour from hell!”

“He needs to just go get a life. Seriously, this lazy entitled scumbag has been living on the taxpayer dime for almost his entire life. If you tell him to get a real job, he just says is ‘I don’t hold a hose mate’ or ‘that’s a matter for the states to handle’. He is a menace to society!”

When pressed for comment, Scott denied not doing anything for the last few weeks before directing his anger at our reporters. “I deny the premise of your accusations, I absolutely deserve to live here! No work? I cooked a curry just last week, what more work could I possibly do?”

“You could not be more wrong on this, but that is all I have to say on the matter. Now go away and leave me alone! I know my rights and I will not be making any more comments without my Jenny present to advise me. Goodbye!”

While there is still yet to be an answer for how long this multimillionaire plans to mooch off taxpayers by using the mansion, hopefully soon the locals can be free of this man’s smirking face for good.