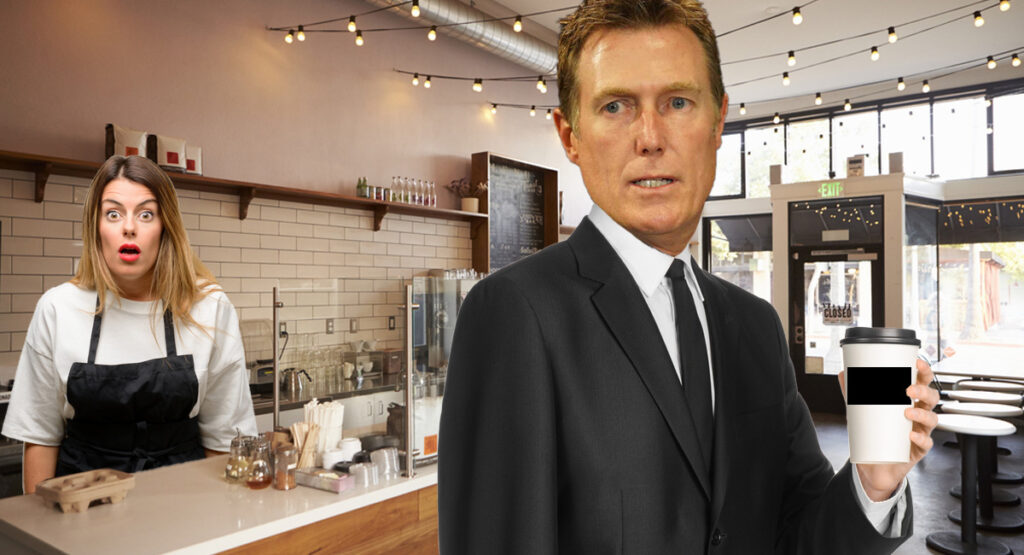 Christian Porter has caused a scene at his local coffee shop after he demanded that the barista redact his name from his coffee cup and that everyone in the coffee shop be barred from speaking to the press ever again.

The redaction enthusiast said he had nothing to hide and that he just liked redacting stuff for no reason whatsoever.

“I did not [redacted] the barista,” said Porter who strenuously denied he was getting a coffee to give him energy to hang out with junior staffers at a bar. “That is only an allegation and a defamatory one at that. I have a pristine reputation amongst the community once you overlook the [redacted], [redacted] and alleged [redacted]. I just followed proper procedure and if anyone thinks I was rude they can wait for a criminal case to decide that.”

“It was so weird,” said the barista after speaking to some barristers, “I have genuinely never seen that before. I mean it’s just a name, what is he trying to hide? Like, usually I get some annoyed looks at worst, but that’s mainly because I will intentionally find the weirdest spelling possible for a name just to mess with people, but I didn’t even do that this time since I didn’t want to risk being sued by him and then having him withdraw the lawsuit while claiming victory.”

A public safety warning has been put out urging all Australians to avoid being in close proximity with Porter, who many believe is a [redacted].