National
Turnbull struggles to weave ‘Jobs and Growth’ into answer about whether he’s done the washing up yet
May 27, 2016 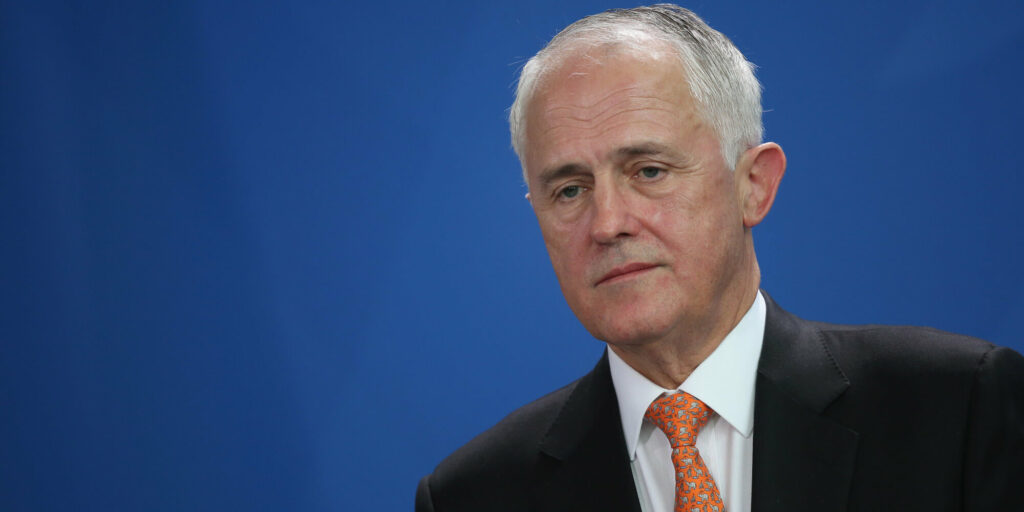 Malcolm Turnbull was hit with a speed bump in his election campaign last night after he struggled to place the “Jobs and Growth” narrative into a question from Lucy about whether he’d done the washing up yet.

The slip-up raises concerns in Coalition ranks about Turnbull’s campaign acumen, and his ability to stay on message during the arduous 54-day campaign.

However, a source close to the Turnbulls said that he had been managing to weave the jobs and growth narrative into conversation around the house since the campaign kicked off, and that the slip-up was a “rare one-off” that was sprung on him before he could be properly briefed by his advisors on the state of the washing up.

Following the washing up gaffe, Mr Turnbull was asked whether he had taken the bins out yet because it was garbage night. Mr Turnbull told his assembled family, “Can I just say, that is a promise that I have undertaken to complete tonight, but now that process is in train, the garbage collector will then properly dispose of it creating many more jobs to allow Australia to grow and prosper as a nation, because Lucy, it’s all about creating jobs and growth.”

Lucy’s follow up question was “Cool. Is there any milk in the fridge?” According to inside sources, Mr Turnbull went bright red, as he repeatedly stuttered “Jobs and growth” in a “completely nonsensical fashion.”

Luckily, Mr Turnbull managed turn it around and discuss at great lengths how “the milk is done and dusted, it’s gone right down a black hole, just like the black hole in Labor’s budget!”