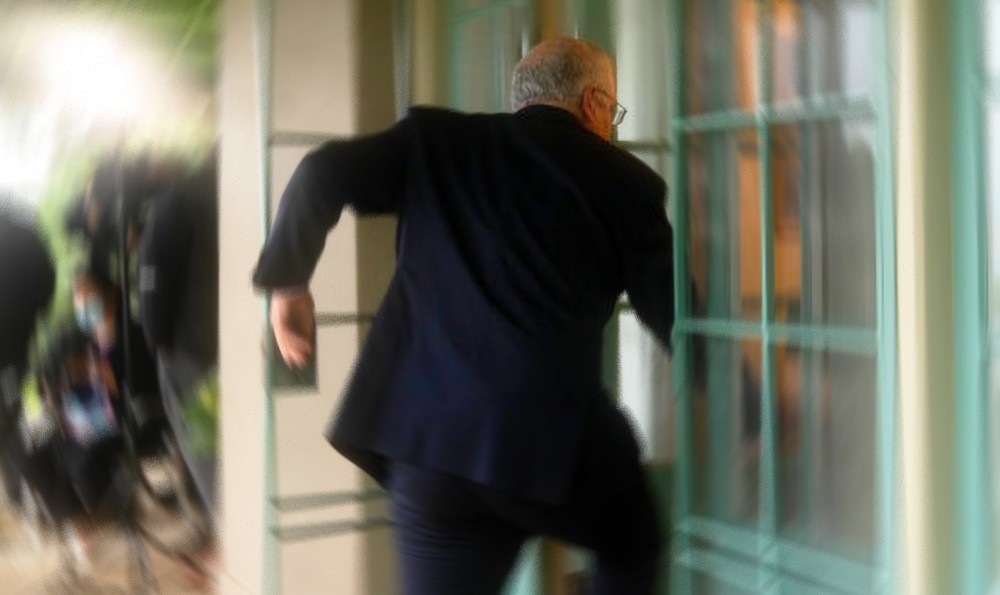 A new land speed record has been achieved by Scott Morrison this week after Prime Minister Scott Morrison was caught running away from dealing with a disaster. Morrison was clocked breaking the sound-barrier this week when he was asked to give an apology to Australians on the vaccine rollout, to which Scott responded by bolting in the opposite direction.

Running coaches have theorised that Morrison can actually improve on his top speed, and might be able to run faster if his motivation is stimulated furthher. Experts believe that if Scott is running away from responsibility, and toward a curry lunch photo-op with Brian Houston at a coal-mine where he’s announcing a new car park, he could potentially reach the speed of light.

Morrison will now officially be competing in the 2032 Brisbane Olympics, with the proviso he is not held responsible for making sure the games run smoothly.