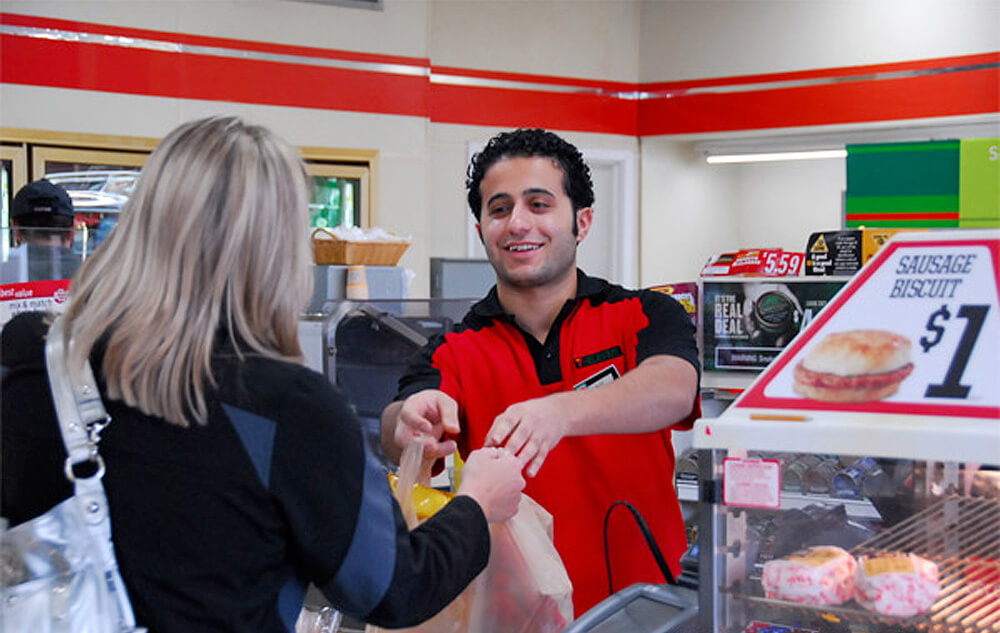 “Steve comes in here two, three times a week,” said Celine, who hasn’t required a condom since his girlfriend dumped him six months ago. “He always buys a 12-pack of Ansell Lifestyles condoms and a two-litre bottle of Coke Zero. I just can’t imagine anyone being able to burn through so many rubbers in such a short period of time. He must have, like, five girlfriends. Or maybe just one hot nympho who can’t get enough.”

Compounding the unintentionally celibate clerk’s jealous admiration is the fact Tintoski always purchases large-sized condoms and is constantly taking phonecalls on his mobile. “So not only is he getting more action than Shane Warne on tour – he’s well-endowed, too. What a legend. I bet he’s slept with all sorts of babes. Probably some famous chicks as well. I wonder if he knows Krystal from Big Brother.”

Although the two have barely spoken beyond the usual transaction and customer service niceties, Celine feels a kinship with his favourite customer. ‘When I tell Steve to ‘Have a good night’, he knows what I’m talking about. One time, he bought a packet of black condoms. That time, I said, ‘Have a great night!'”

Celine plans to ask the condom purchaser what he’s doing Friday night, in the hopes of gaining more insight into Tintoski’s sex- ife. “Who knows? Maybe he can give me a few pointers for picking up that blonde who always buys NW and a pack of peppermint Extra.”