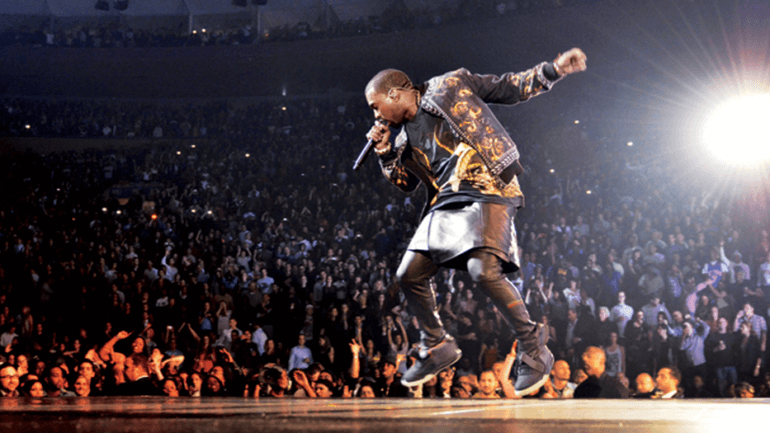 CONTROVERSIAL egomaniac Kanye West has cancelled the rest of his ‘Saint Pablo’ tour citing exhaustion. The artist has come under fire from fans after reports emerged that his fanatical ranting featured too much auto-tune and was frequently interrupted by songs.

“I’ve been trying to share my thoughts with people as best I can, performing some new, edgy tracks about how I would for Trump, hating on Hillary and dissing people like Beyonce and Jay-Z, but all people want to hear is the old stuff,” West yelled to anyone who would listen.

“I know that ‘President Bush doesn’t care about black people’ was some of my best work, but that was 11 years ago. I can’t call myself Steve Jobs anymore either because that guy’s dead and I don’t look good in a turtleneck – and I can’t claim that Beyonce deserves awards more than people because she’s winning them all the time!”

“I’m running out of options. Saying I’d vote for Trump was as much about me trying to shock people as it was about being an idiot. How come the cast of Hamilton can go on a rant and get critical acclaim but I can’t? Racism, probably.”

If things keep going the way they are, West may be forced to go back to producing hip-hop records instead of background music for his incessant ranting. He’s currently believed to be working on a new show called ‘Shut Up and Listen’ featuring a 30-minute speech about how he should have won the Nobel Prize instead of Bob Dylan.