Entertainment
Jon Snow turns to Australian Parliament for help with leadership spill
May 14, 2019 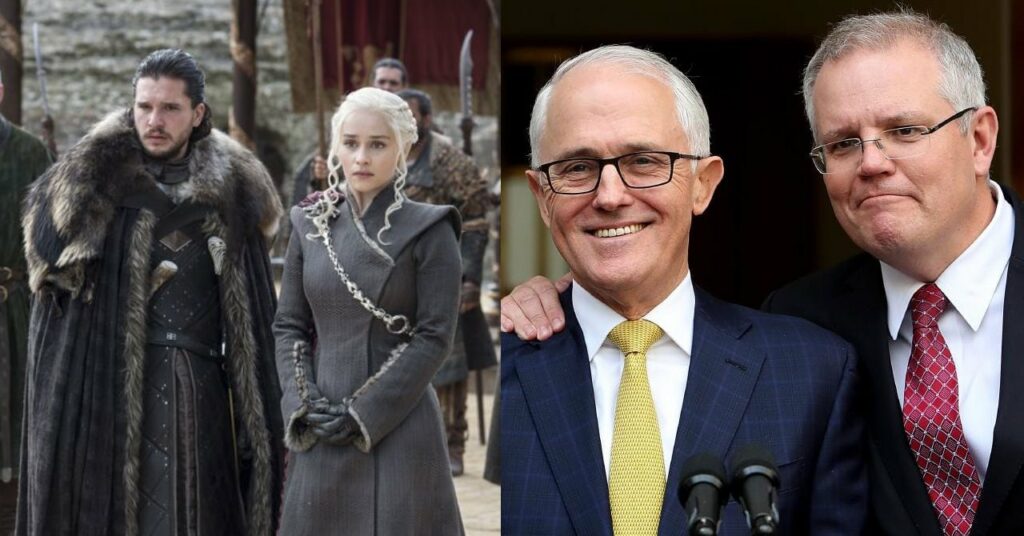 FOLLOWING the violent descent into madness of ‘Queen’ Daenerys Targaryen and her subsequent drop in approval ratings, the King in the North, Jon Snow (also sometimes known as Aegon Targaryen, or ‘#JoSno’) has been seeking advice from both of Australia’s largest political parties, researching the most effective means of pulling off a successful leadership spill.

“So far he’s been playing the game well,” declared one insider, “He’s been very careful to maintain his public support for the current regime, just like ScoMo did with Malcolm, and Rudd and Gillard kept doing to each other as well. But now the time is right to take her down.”

“It’s pretty clear now that Daenerys’s actions have lost her a lot of public support, and with all the plotting and leaks within her party it appears her position is becoming untenable from inside and out. Some people are actually starting to wish the Night King had won the Winterfell by-election.”

“Unfortunately for Mr Snow, people are no longer buying his constant rhetoric of ‘She is my Queen’ and ‘I don’t want the job’. The one ally in Westeros shrewd enough to make it in Canberra, Lord Varys, was fired from his role. They used to have faceless men to take care of political assassination too, but it turns out no one was in charge, so we’ve stacked a new small council with Business leaders and Newscorp journalists

“If he doesn’t make a move soon, he’ll also lose public support – and then we’ll end up with another minority government, or Tony Abbott coming back. Either way, I’d prefer death by Dragon.”

Name five Home and Away characters and we will guess if you’re white and have bad taste
Do NOT follow this link or you will be banned from the site!