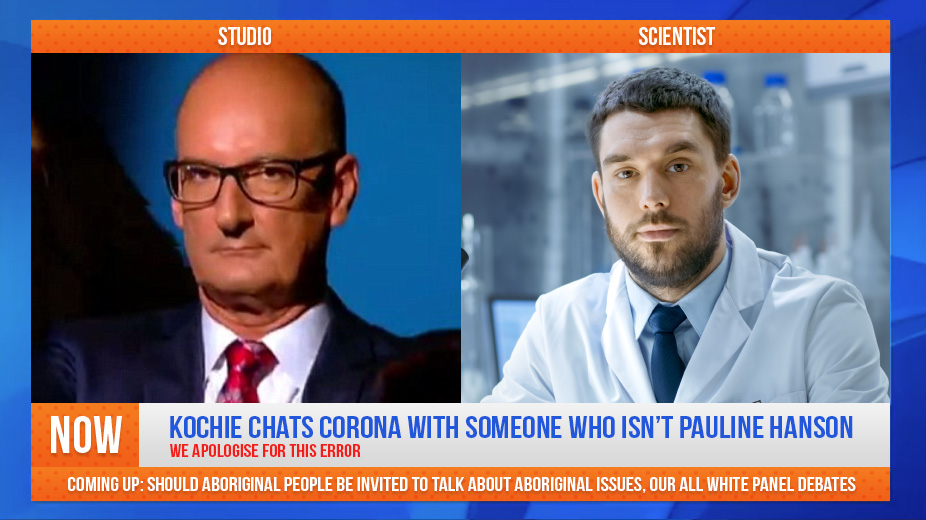 For many Australians, getting their news from breakfast TV is an important part of their lives, similar to getting their wisdom teeth removed, in that it leaves a certain numb feeling in your head while somehow still managing to be painful to endure. Why look at an app to tell you the weather forecast instantly, when you can wait to be told by an overly excited guy on TV who is probably hanging around a school for no reason?

One of the more controversial aspects of breakfast television is the ‘hot topics’ segments where people are brought in to discuss the issues that are plaguing our society with the hosts. Generally, 2 or 3 people will come on and share their view on the serious issue. Today we spoke to Hannah, a former producer for breakfast TV who was fired after a mistake she made when planning one of these segments.

“Then one day I suggested maybe shaking the format up a bit,” she explained. “What if we had some experts come in? ‘An expert’ they said ‘like the kind of person that can give actual evidence about the problem? What are you talking about? People don’t watch our show for informed opinions!’. I apologised but they still ended up firing me. They were right though, it would make it much harder to tell our audience not to listen to experts if we bring them on the show.”

“If in doubt call Pauline, Bolt or Latham,” she continued. “It’s the golden rule of breakfast TV. There were even posters of it on the walls. It’s easy you just let them ramble on and maybe once every couple years or so, you tell the host to shut them up in order to pretend like you care about other people’s problems.”

When asked about the idea of bringing experts on their shows, representatives from both Sunrise and Today said “We constantly bring in experts on during other segments. If a scientist thinks that there is a chance wine or chocolate will make us live longer, we are happy to have them on. But experts on actual news are not to be trusted.”