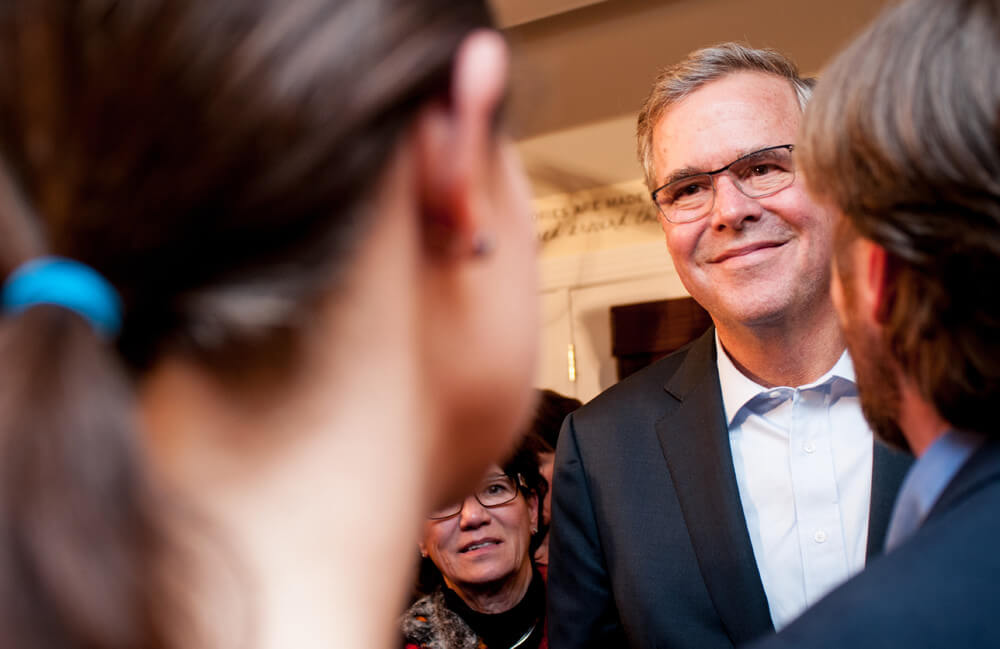 DES MOINES, IOWA—In a show of no hard feelings, Republican delegates in the Iowa’s primary on Monday decided unanimously to award Jeb Bush the Participation Award for running a super brave campaign and always staying positive even when his poll numbers would not.

The 62-year-old political trooper rose proudly to his feet as John Neeley—an Iowa Republican Party elder—bestowed the crestfallen Bush with a medal of appreciation and a thirty-dollar voucher to spend at RadioShack. Caught off guard, Bush managed to force a gleeful smile as he sought to make unwilling eye contact with anyone else in the room. The former frontrunner continued to beam exuberantly, officials reported, until he noticed the same Republican delegates that had earlier commended his valiant effort awarding presidential rival and former Arkansas Governor, Mike Huckabee, a silver pennant for Most Improved.

Reached for comment, 43rd President of the United States and equally special Bush, George W., stated ‘Jeb will always be President of the best little brother in the world club, and if it doesn’t work out, next time he can always ask the Supreme Court to just declare him the winner like they did for me.’