Sport
“I am disappointed with myself for how, under my watch, the report leaked” says McGuire
1st of your 1,000,000 free articles this month 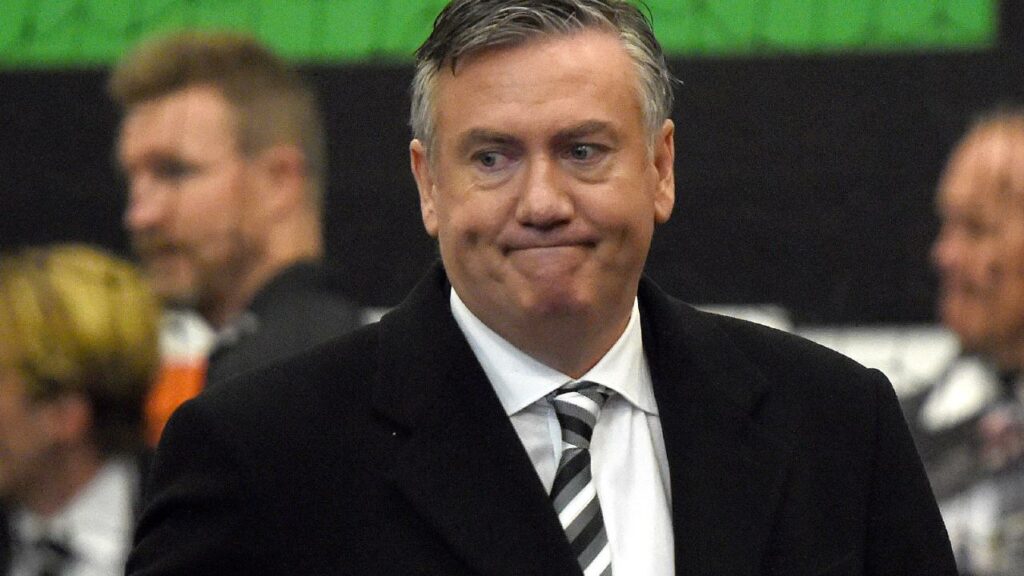 Eddie McGuire has spoken out to the press pack to express his sorrow and regret for his failings as leader of Collingwood. Mr McGuire said that as leader he should have done a better job of staying vigilant in regards to racism reports that could be leaked to the media that could paint the club as ‘systematically racist’ due to the report having facts about how the club is systematically racist.

Mr McGuire apologised saying, ‘I am disappointed with myself for how, under my watch, the report leaked’ while also maintaining that the report is accurate except for the parts that claim the club has racism issues.

“I am terribly sorry to all the PR managers hurt by the club’s actions,” said the guy while wearing name tag that says ‘the real victim’ on it, “the allowance of ongoing racism reports under my management has been very distressing for the PR guys. Any good company in the public eye knows that it needs to show leadership in stopping systematic racism, I mean stopping systematic racism from being talked about. Realising what I allowed to happen to the PR department, today is the first day Collingwood isn’t proud.”

“I want to help mend our team’s reputation with PR managers by announcing swift and decisive changes to the club which address the findings of the report which I fully accept, except for the parts that imply that the team might have a racism issue. I assure all members of the public, that our responses to racism will not be to focus on making sure the public likes us still, so please like us still. Also, we would like to remind everyone that we apologised on behalf of everyone at the club, including people of colour, for the non-existent racism and the alleged focus on covering it up. Our PR team showed great leadership through that one.”

“Collingwood is committed to immediate improvement, based on the when the media backlash started and not when we got the report internally, of course.”