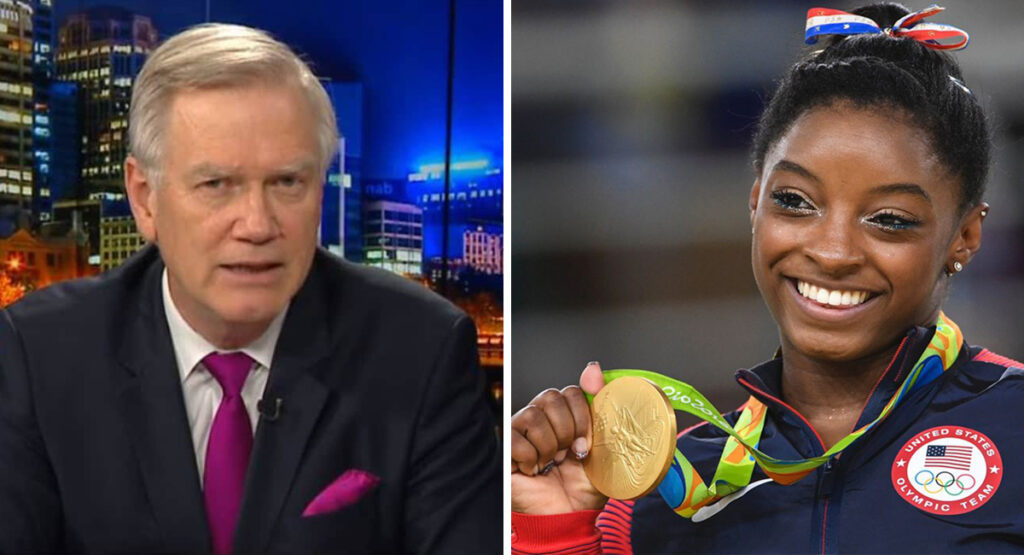 Sky News host and Pandora’s box enthusiast Andrew Bolt has launched a scathing attack on gold medal winning American gymnast and abuse survivor Simone Biles after she chose to step away from the Olympics in order to look after her mental health. This in the Herald Sun piece-of-shit’s latest article where in Bolt., who has previously said we were too quick to damn Prince Andrew, called for everyone to attack a woman for taking care of her mental health.

The man who felt the need to move because of the stress caused by people not calling Victorian Premier Dan Andrews a dictator, claimed that the athlete was mentally weak for not competing. Not alone in this opinion, Bolt echoed the views of Guy Who Stormed Off The set Of a TV Show When He Was Mildly Criticised Piers Morgan, and American ‘debate-me-bro’ douchebag Charlie Kirk who is famous for running and hiding whenever someone with an informed opinion wants to debate him. The men all attacked the gymnast who just so happens to be a successful black woman.

“How can anyone praise an athlete for taking care of her mental health?” said the advocate for supporting the mental health of George Pell and Prince Andrew, “I think what she is doing is disgusting! She has no right to be in a position where she can influence people. What kind of message does it send to young people if even professional athletes need to take care of their mental health?”

“If I’ve said it before I will say it again, multiculturalism has ruined sport. Now the Left will claim in their critical race theory woke brigade that what I just said was racist. But that isn’t true. We should be allowed to ask the questions regarding black people feeling stressed, could it be linked to secret gangs in Melbourne? Not only is she black, but a woman and an abuse victim. Well, we can’t trust those. How she could be in any way feeling stressed I have no idea.”

“If she really wants my sympathy, she needs to allegedly abuse children. How can I respect someone who reported child-abuse instead of covering it up? What kind of sicko does that? I wouldn’t be friends with a person like that!”