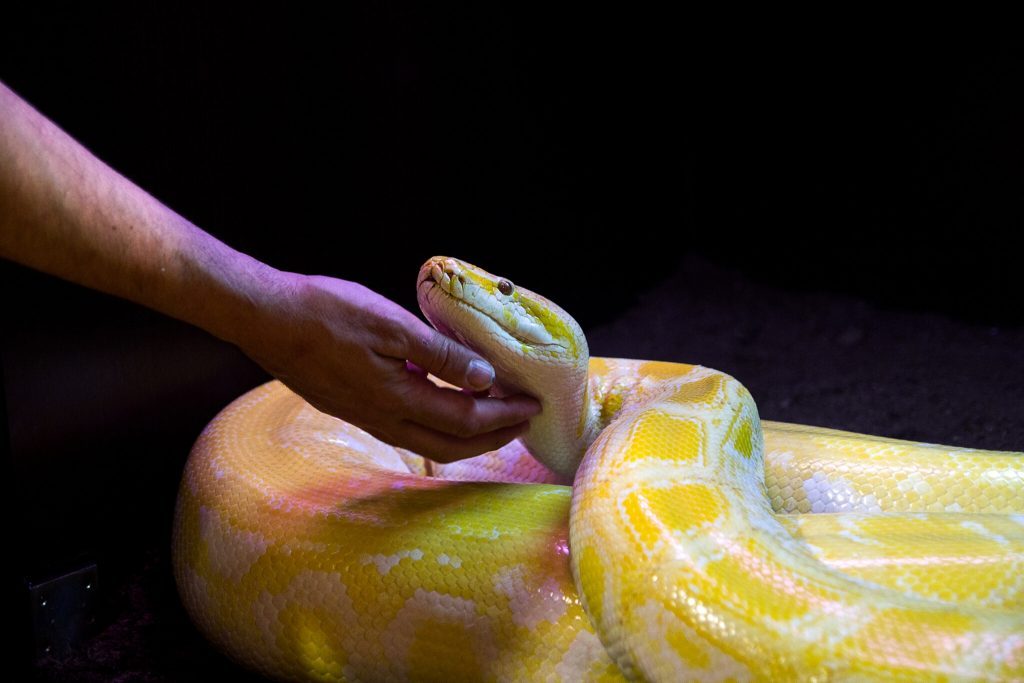 “You know things seem to be looking up for him, he’s got a really good thing going with Juliet, I’ll probably put off strangling him in his sleep for at least a couple of days.”

Carlos said his deep-seated need to kill Smith comes from him being a snake. “It’s my natural urge to strangle Trent then slowly digest him. If he thinks his reptile licence is going to help him, he’s absolutely dreaming. He also named me Carlos, he knows I’m not Spanish, he thinks its very funny. It’s not.”

Unbeknown to Carlos, Smith is aware of Carlos’ natural urges towards him, and each night heads to bed assuming he will be strangled to death. “Everytime I wake up with a pulse I immediately give Carlos a rat from the fridge. His little treat for not ending my life.”