loading...
News
NSW officially changes its state flag to a white flag
1st of your 1,000,000 free articles this month 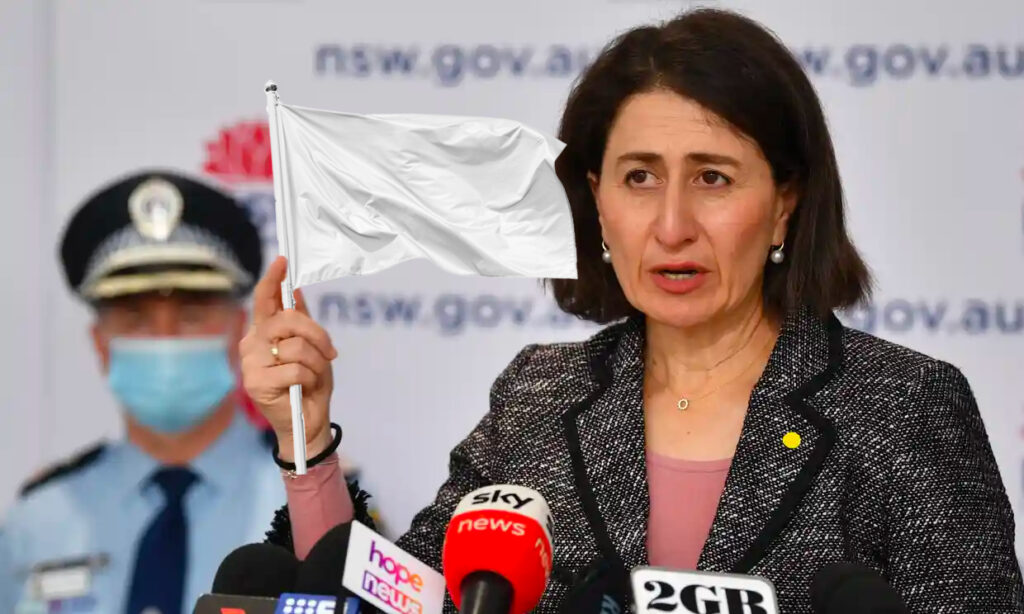 Premier of NSW Gladys Berejiklian has unveiled the brand new “White Flag” which will replace the current NSW flag.

Having all but given up trying to contain the COVID-19 epidemic sweeping through her state, Berejiklian unveiled the new flag to represent her unconditional surrender to the virus and its team of supporters in the Federal Government and on Sky News.

“I was going to make it red but I have trouble recognising red flags, as you might have noticed. I mean, I let the Bondi outbreak grow for 11 days before doing anything about it, despite some pretty massive red flgs. And my previous secret relationship with Daryl Maguire and my professional relationship with the Murdoch press. They all have massive red flags on them,” Gladys told a press conference packed with sycophants from the Murdoch press.

“I was worried that if I made it into a red flag then I just never ever be able to see it, not matter how massive it was.”

Andrew Bolt, Rita Panahi and Alan Jones were quick to praise Gladys. “What Gladys has bravely done, through her unconditional surrender to the virus, has allowed her government to focus time and energy elsewhere – like making sure Koalas get it in the neck. The National Party will be ecstatic.”

“It’s diametrically opposite to Victoria, where Daniel Andrews wastes his days leading press conferences and pouring effort into trying to stop COVID-19,” they all parroted in their respective SkyNews time slots.

Pauline Hanson, was quick to praise the change of flag to white but explained, “I like the white flag for other reasons.”