National
Victorian Liberal party now so irrelevant they needed to make up some ‘Matthew’ guy for attention
September 7, 2021 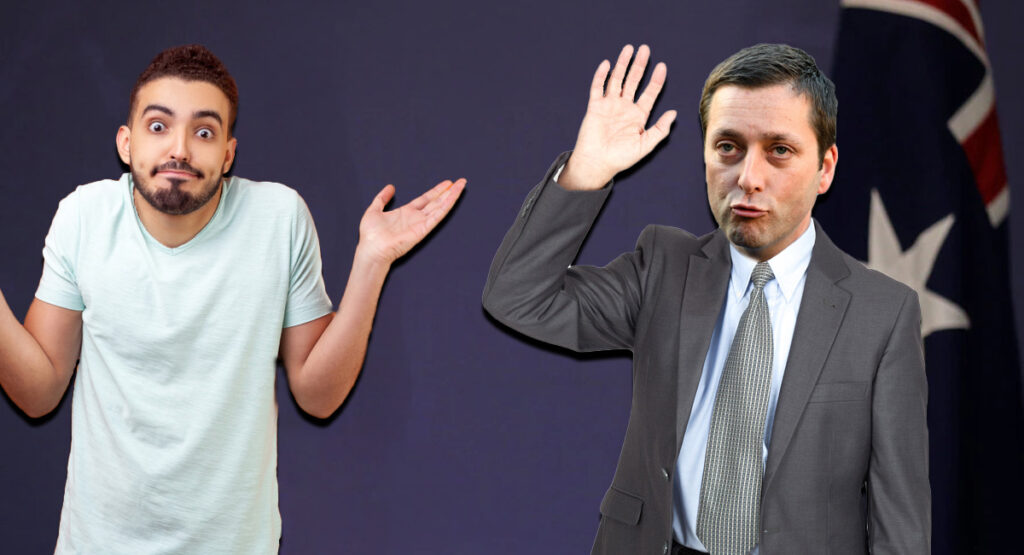 People have questioned the validity of this ‘Matthew’ guy’s leadership as many onlookers are suspicious that the guy doesn’t exist after his name seems to clearly be made-up. Reports suggest that the party may have completely made-up the new leader in a desperate attempt for relevance.

“Do we even know what this ‘Matthew’ guy’s last name?” asked a voter who forgot the Victorian Liberal party existed until last night. “This doesn’t make sense. I mean come on if you are going to have a fake name at least put in the effort to come up with a realistic sounding name. He may as well be called John Doe or have some fun with it and go ‘Big Richard Bonaparte’.”

In response to this news, the Victorian Liberal party said something about the change, allegedly, no-one knows for sure as people have already gone back to not caring.