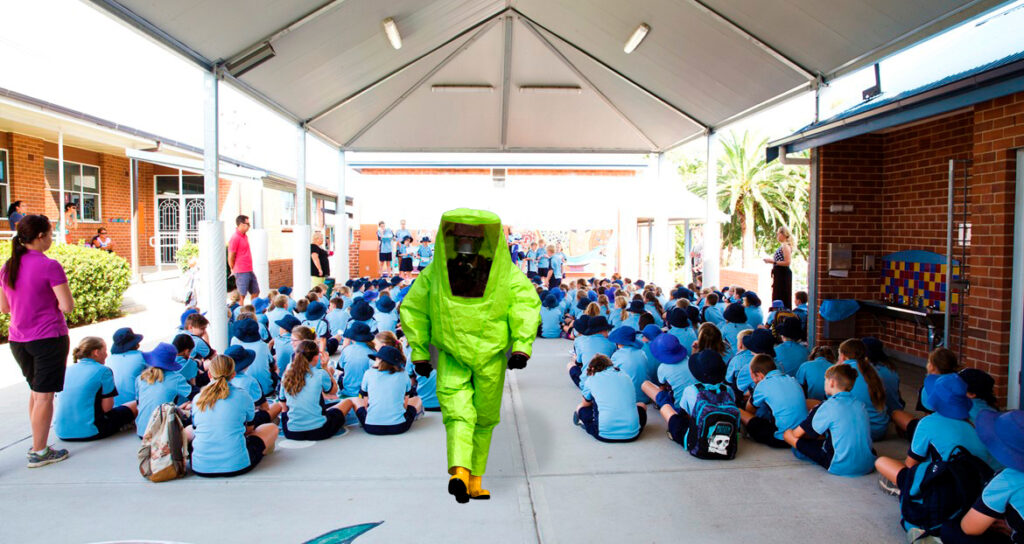 Teachers are apparently immune to the coronavirus under the latest government plan to deal with the coronavirus by keeping snotty-nosed kids who have no sense of personal space in overcrowded classrooms.

Announcing the plan, Education Minister Dan Tehan, said that the priority was to protect people from the coronavirus. When asked to clarify whether “people” included teachers, Mr Tehan stared blankly at the reporter and replied “Oh yeah, I hadn’t thought about them.”

Earlier in the day, Mr Tehan had an embarrassing mix-up when he confused a teacher for a biohazard abatement screen.

“If you just put all the school kids in front of this thing then everyone will be safe,” said the minister pointing to a teacher standing in front of her class.

When journalists pointed out he was actually looking directly at a primary school teacher, the Minister looked confused and then tried to blame the confusion on the fact that teachers were pretty much the same as a biohazard abatement screens.

The comments were made while the minister was touring a public school for a photo op to prove what a good idea it is to keep them open. The minister said the hazmat suit he was wearing had nothing to do with his concern about the virus. “This? Oh I just picked this up at my local Vinnies. It’s nothing,” he said. “The teachers are perfectly safe.”