National
“Since when is calling for the execution of a leader terrorism?” asks Victorian Police
November 17, 2021 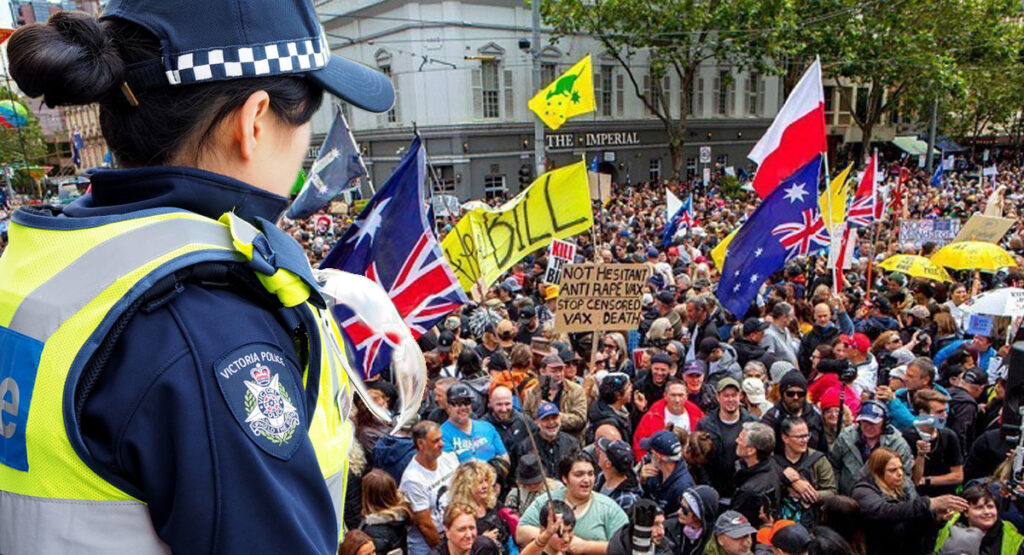 Victorian Police have announced they are stunned by calls by members of the public for both them and the media to start calling Melbourne’s protesters ‘terrorists’, this after the protesters very calmly threatened to murder Dan Andrews and have brought execution devices to his office.

“I don’t see how any of this could be seen as anything more than a bit of rough housing,” said the Victorian Chief of Police, “I think some people are over reacting. I mean sure some of the anti-maskers are annoying so we break their faces, but there are also some really great white supremacists in the bunch who I deeply respect.”

“I mean do you know what terrorism is? It is when you use violence and threats of violence to try intimidate people in politics, since when is publicly executing leaders terrorism? Would you idiots say the terror period of France had terrorism? Of course not, the real terrorists are people who make jokes about politicians and Black people who don’t want to be killed by police!”

In response to calls to stop calling the actions in Melbourne ‘peaceful protests’, the media have begun looking for a person of colour to dox for ‘possibly’ being the ‘real’ cause of the rise of the neo-Nazi movement in Australia. The Chaser reached out to many Aussie tv presenters for topics but all were too busy either trying to figure out how to ‘both sides’ this issue or were simply busy because they were at the rallies.