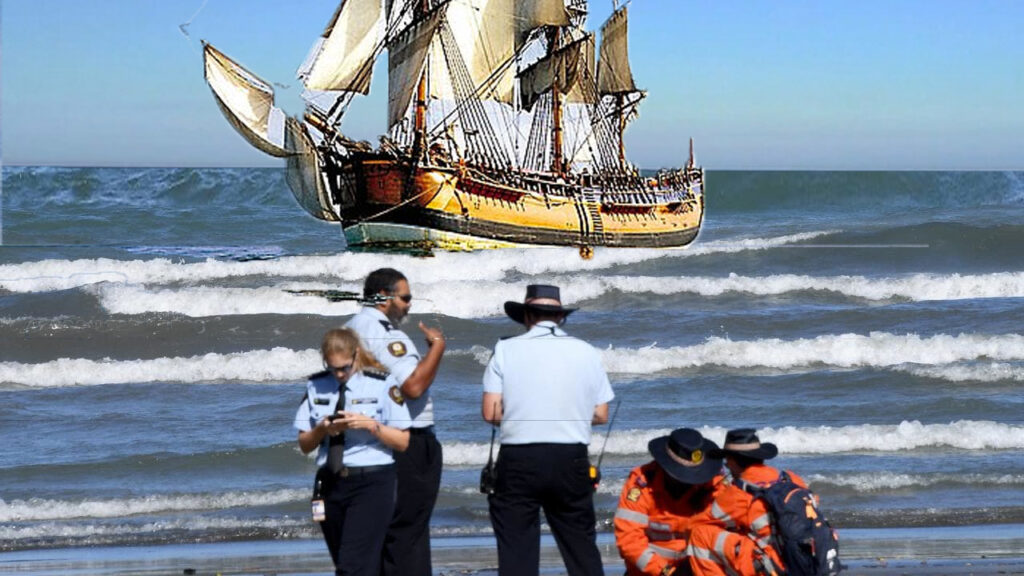 Scott Morrison’s $6.7 million project to sail a replica of the Endeavour around Australia has hit another snag overnight with the ship being seized by Australian Border Force officers off the coast of northern Australia.

The Prime Minister said the crew of recent NIDA graduates dressed in 18th century garb, would be detained on Nauru indefinitely.

Mr Morrison said that he would be announcing a crackdown on crappy re-enactments involving boats in the coming days. “We decide which re-enactments come into this country and the circumstances in which they come.”

Mr Morrison said the crew’s “cover story” that they were in the area to observe the Transit of Venus, was deeply suspect.

A spokesperson confirmed that Operation Sovereign Borders had seized an 18th century ship, and that the crew had been detained.

Officers said the ship’s planned route was deeply suspicious. “They claimed they were re-enacting the Endeavour’s original trip to Australia, but they were planning to circumnavigate the whole of Australia. Only an idiot would think that was the correct route.”

“Clearly, someone is trying to launch a war on Australian soil. A culture war.”

Meanwhile, Scott Morrison has blamed Labor for the arrival of the original Endeavour back in 1770. “Because Labor was weak on border security, the British felt free to send boatloads to breach Australia’s sovereignty. Every single thing that has gone wrong since 1770 is Labor’s fault.”