National
PM excited to be back home after COP26, planning to spend some ‘quality time’ with his coal
November 5, 2021 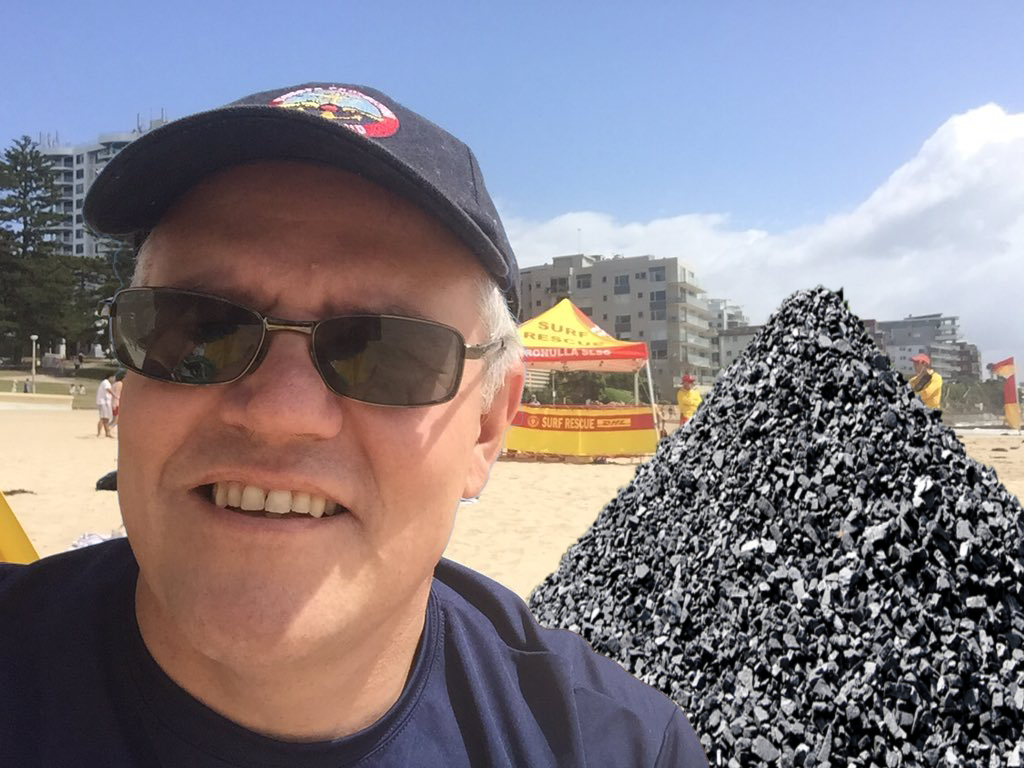 Prime Minister Scott Morrison has expressed relief to finally be back in Australia after a tense work trip in Glasgow, telling reporters that he is excited to have a chance to relax and catch up with his coal after being away for a week.

This follows an abysmal week for the PM at the COP26 Climate Summit, which saw a major focus on broken submarine deals but got even worse in the last day or so when people started actually talking about climate action, the only thing Morrison hates more than diplomacy.

“Boy what a week,” he said in a leaked text message, “I swear it felt like this week was going to drag on forever. I’m just glad to be back to see the ones I love and cherish most. Of course I am referring to my sweet little angels Coal and Gas. Oh how I missed having them around, I felt so lost without them over the last week. They are my whole world, my everything.”

“God I hate work trips, they are all the same. All the catching up with colleagues you don’t like, them demanding you ‘actually do something’, the gossip, the drama, the backstabbing, getting called out for lying, no one showing up to your speeches, the breakdowns of international relations with our closest allies; it was the worst and none of it was my fault.”

“I mean who do these people think they are anyway? These other ‘world leaders’, they are just rude. They were completely dismissive of my friends Angus and Gina. Worst of all they wouldn’t even let me ditch to Hawaii, the stress was killing me!”