loading...
National
PM asks Biden if the Submarines have cloaking devices to help hide from responsibility
1st of your 1,000,000 free articles this month 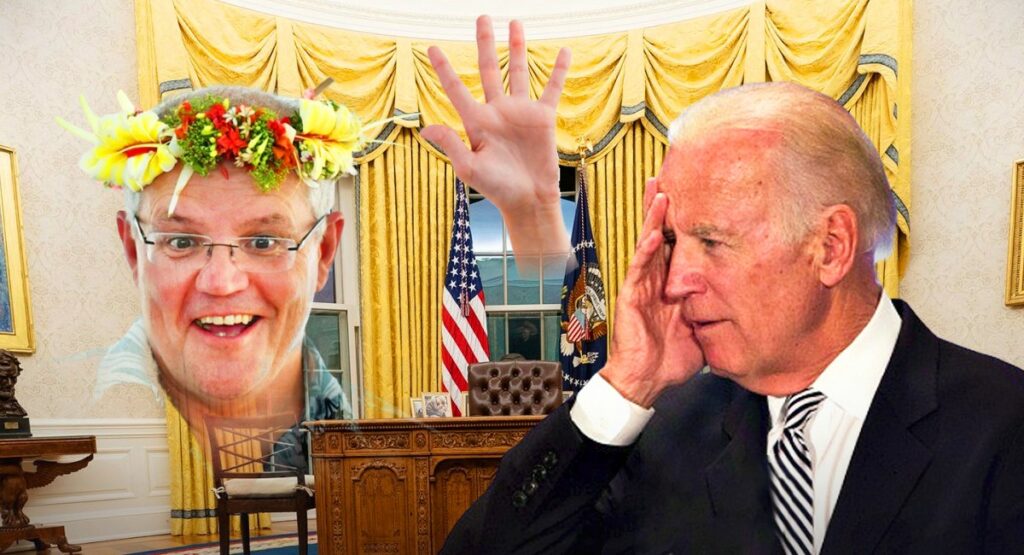 Prime Ministerish Scott Morrison has today stalled his discussions with Joe Biden and Boris Johnson in regards to AUKUS deal, after the Australian PM asked if the submarines will have invisibility cloaking devices in order to help hide from responsibility.

Doubt around the new deal came after Morrison learned that the ‘enemy’ these subs would help fend off was not “pesky journalists”, but was instead the country’s largest trade partner.

However the deal is not completely called off, with Morrison still keeping the order for the sub’s new cutting edge cloaking device.

“I think it would extremely useful to have some sort of cloaking mechanism to help hide our locations during top secret government missions,” said Morrison. “like my next holiday to Hawaii for example.”

“It could also be extremely useful for my allies as well. Whether they are billionaires hiding from their taxes, the ADF hiding their war-crimes, or Porter hiding every document from his lawsuit. This technology could really help maintain the strength of our government.”

Following the first day of meetings, Boris Johnson said he is excited to seize this unique opportunity to secure Britain’s place in the world, “This Scott bloke is going to make me look amazing in comparison, it will really help UK/US relations to keep him around.”