National
PM announces Marise Payne is the “Prime Minister to Take the Blame on Women”
March 30, 2021 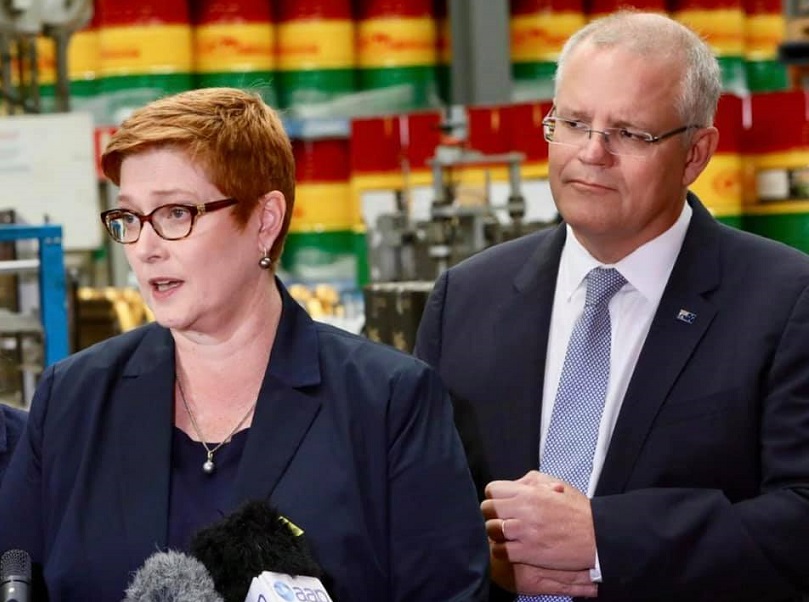 Prime Minister for the boys Scott Morrison has responded to the claim that he doesn’t want to listen to women’s issues by delegating that part of his job to another colleague. Morrison has announced that for now on former Minister For Not Doing Anything to Help Women, Marise Payne, will now be acting as the ‘Prime Minister to Take the Blame on Women’.

“How great is female representation,” said Morrison who could finally take his fingers out of his ears after over a month of ignoring women, “my government has always prided itself in its ability to palm off the criticism to our female colleagues. This is a more streamlined way to let Payne take control of not helping women, something she has been shown to be great at so far.”

“Look I have spent the last six weeks dealing with these issues from a man’s perspective, and clearly the ladies still need that explained to them because they can’t figure that out on their own. Now the fairer-sex can have a little chit-chat with Marise about anything a woman might want to go on about like they do. So if the ladies want to gossip about whatever drama is on their minds to the Prime-Minister, like what shoes do you want to buy, how much fun shopping is, or that not wanting to be raped at work nonsense, PM Payne will be there to pretend to care.”

“Although don’t worry fellas, we ain’t paying her anymore than we do already. I mean it’s not like we hired a guy be the Prime Minister of this country, she should just be happy to get the opportunity. Also cause you know how chicks always gotta complain about something, if you’re a lady and somehow have a complaint it’s all Payne’s fault.  So if you get your husband’s permission to make a complaint, make sure to put all the blame on her, alright love?” *wink*