National
PM announces investigation will be an ‘arms-length’ away from being independent
February 20, 2021 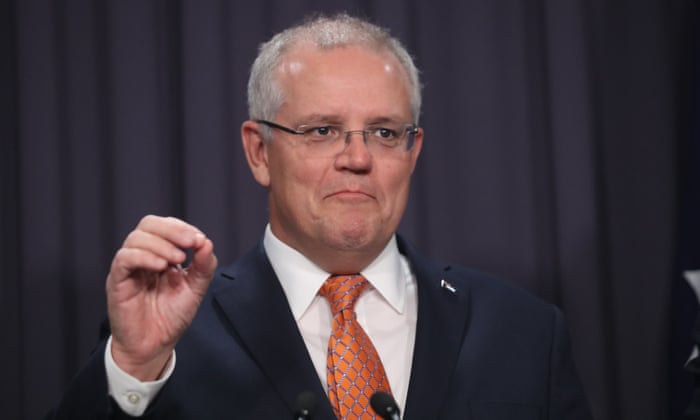 Scott Morrison has announced that his ‘arms-length’ investigation in regards to the alleged rape of former staffer Brittany Higgins will be conducted by his former chief-of-staff who is famous for his work on the sports rorts scandal.

As revelations of a second alleged victim from late last year has come to light, the PM explained that his former chief of staff is ‘perfect’ for the investigation into whether the PM’s office knew about stuff they definitely knew about, as he will be able to keep the investigation at ‘arms-length’ from being independent and trustworthy.

“How great am I for starting this investigation?” said the PM after asking if his office is ready to fling mud at the newly emerged victim yet. “Finally someone we can trust is handling the case. After his amazing work pretending that my office knew nothing about the sports handouts, I am excited to see whether my office knew about the alleged wink-wink-nudge-nudge-say-no-more-say-no-more scandal or if all the texts, voicemails, and moving of staff was just a big old coincidence. We are taking this about as seriously as we can with Brit Brit, as she is someone’s daughter after all.”

“Let me make something crystal clear to everyone saying that there is something wrong with the investigation and that it is somehow suspicious, that assertion is about as laughable as when that chick asked me if men should show empathy to female victims of rape because they are humans. This investigation will get to the bottom of what happened and if that means that the answer is whatever the least worst sounding answer is, then so be it.”

A representative for the AFP has opposed Mr Morrison’s appointment of a close political ally to run the inquiry. “People who used to be high-ranking officials until super-recently and have a history of dodgy investigations should not be trusted,” said the cop despite that being literally how cops investigate their-own corruption.

“I am glad our officers will finally be able to investigate the alleged crimes properly. I mean not all of it, sure the LNP may have tampered with evidence and assisted in covering it up from the police, but I guess that doesn’t count as a crime when you are as rich and powerful as the people who make the laws. But between you and me, you know a LNP government has fucked up when Peta Credlin on Sky News is calling out their lies and leftists are calling for the police to have more power.”