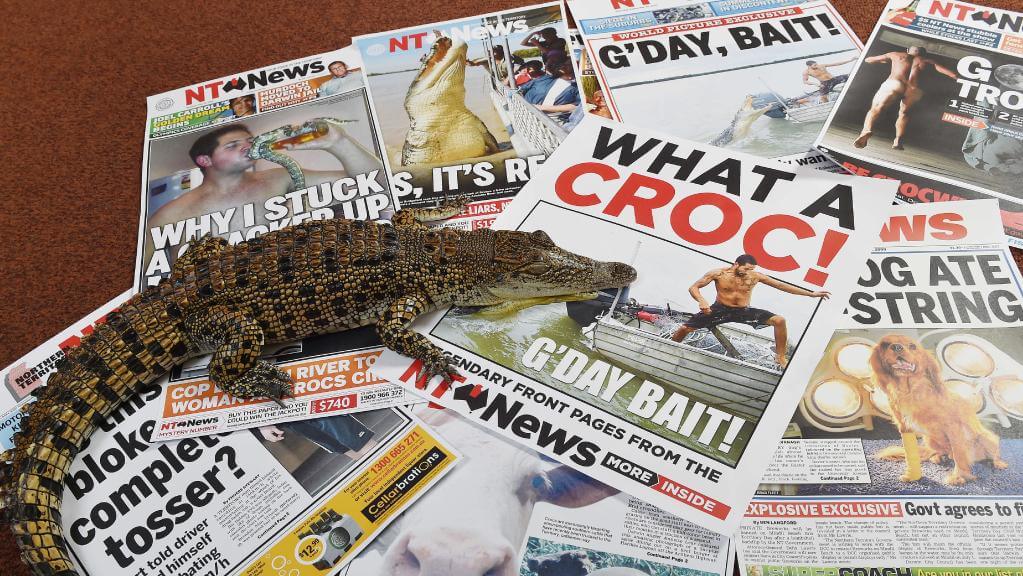 FOLLOWING their 300th Crocodile-related article for the calendar year, the Northern Territory News has taken the unusual step of hiring an actual crocodile to the writing staff – and the quality of his work has been a pleasant surprise.

Crocodiles are a regular feature of the NT News, with stories are coming out every other day about Crocodile attacks, Crocodile sightings, Crocodile captures, Crocodile preservation, Crocodile research and more.

“It was getting ridiculous,” claimed subeditor Edward Neville. “We had reporters traipsing all over the outback writing Croc stories. One of our most popular stories last year was about one of our staff who was attacked by a Croc while covering a story about a Croc attack!”

Incidents like these led to the hiring of Brutus, a seven-foot monster from a local farm, and releasing him into the waterways as their ‘Saltwater Correspondent’

Neville says it was a great move; “He comes into the office once a week to hand in his stories, and wouldn’t you know it, they need half as much editing as the crap our interns churn out. We only have to pay him in dead chickens and buffalo meat too, so everybody wins.”

“The fact that he always seems to be first on the scene of horrific attacks is a testament to his eye for a story. If attacks have increased since his release it merely validates my reason for hiring him in the first place, doesn’t it? God I hope so.”

“At this rate I’m going to have to double my Croc staff”.