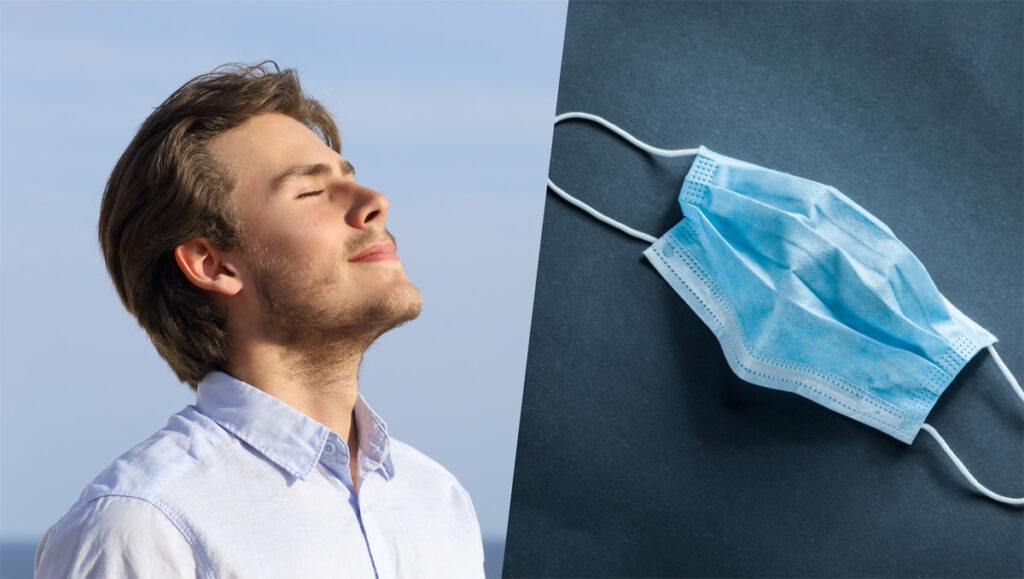 The Nation of Australia has breathed a large sigh of relief today at the news that the air is finally back to its regular, slightly less toxic levels of pollution today, before sharply inhaling again upon hearing that the deadly coronavirus may have reached our shores.

“Well that was a nice 5 minutes I didn’t have to wear a facemask,” said one local man, standing in the hour long queue at Bunnings to restock his P2 facemask supplies. “It was good to give my 4 month old child an idea of what the lower half of a human face looks like, thought I guess that might be the last time she sees that.”

However, some are still resisting the idea of wearing facemasks, with pack-a-day smoker Derryn Blake stating that a little smoke or risk of death was hardly a concern. “Yea look, actually when it was smoky outside I decided I wouldn’t buy the facemasks to save money, you know?” he explained. “Yea, they said it was like smoking two packs a day if you didn’t wear a mask, so I saved a tonne on ciggies. Plus I’m not really worried if there’s a 1 in 200 chance the coronavirus might kill me. I’ve had some pretty near death experiences with Coronas before, and as a pack a day smoker a 1 in 200 chance of death is actually an improvement on my odds. Frankly I’m doing pretty well these days.”