National
Linda Reynolds offers sincere apology: “I am truly sorry everyone found out what I said”
March 5, 2021 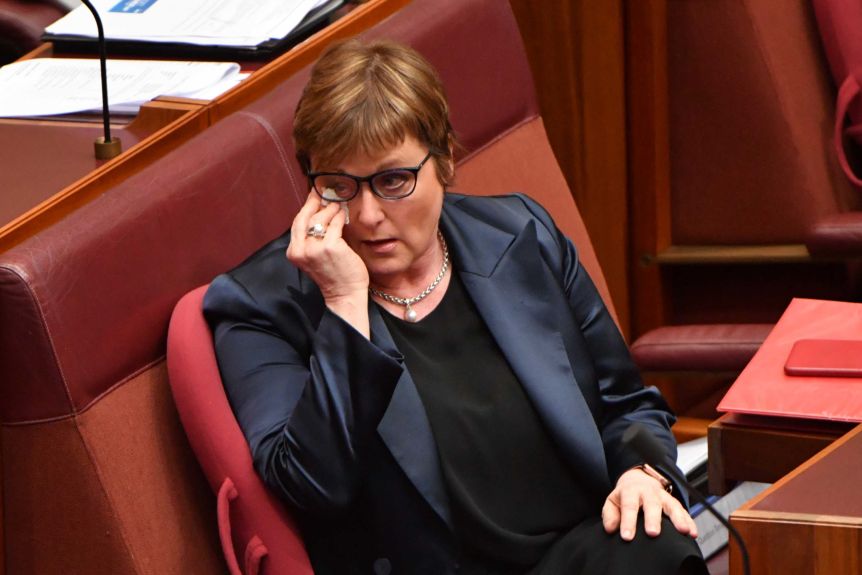 Defence Minister Linda Reynolds has today made a heartfelt apology for referring to Brittany Higgins as a “lying cow,” expressing deep regret that this fact was made public.

Reynolds, who is presently taking mental health leave due to the severe stress of being held accountable for her actions, issued the following statement: “You know, obviously hindsight is 20/20, but were I able to do things all over again, I would definitely have made sure nobody found out what I said about that nasty [expletive removed]. I wish to apologise unreservedly to Scott Morrison and the Government for my failure to conduct a better cover-up. Christ, I can’t believe the mess that [expletive removed] has put us in. Oh, crap, did I say that out loud?”

According to the Chaser’s sources, Reynolds’ colleagues haven’t been totally placated by the apology, seeing her inability to sweep this under the rug and shift the blame to Labor as a serious breach of traditional Liberal Party values. The Prime Minister is backing the embattled minister, however, telling reporters: “Look, I was going to throw the book at her, but then Jenny reminded me how I would feel if my own daughters had been caught insulting a staffer who had been raped by another of their staffers in their ministerial office, so now I’ve changed my mind, and instead I built her a chicken coop.”