National
Liberal Party releases ‘We are in major debt but debt isn’t necessarily a bad thing’ mugs
May 11, 2021 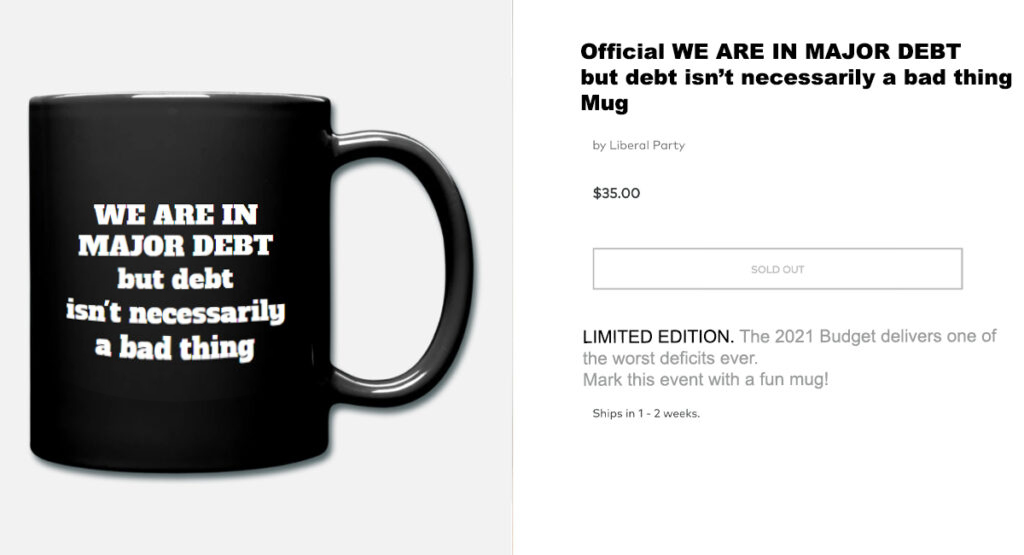 Prime Minister Scott Morrison has released a range of new celebratory mugs following the success of its 2019 ‘Back in Black’ mugs. In order to avoid a repeat of what used to be considered the government’s worst rollout, this year’s mugs will have the more accurate “We are in major debt but debt isn’t necessarily a bad thing” written on it.

“I don’t get why people are trying to simplify a very complicated topic like budget surplus for cheap political gain, you can’t just chuck on a 3 word slogan on it and celebrate. Economists have always said it is not bad to be in the red if we can pay it off in the future, don’t trust anyone who would have you believe otherwise. You see, there is a lot of nuance to it when the Liberal Party are in power.”

The Liberal Party have released an ad for the new mug to get consumers excited for the product, which only cost taxpayers ten ABC show budget’s to produce.

“Budget 2021 is the biggest budget since Budget 2020, and to celebrate this occasion we have mugs! Who doesn’t love mugs? In 2019 we announced we had finally fixed Labor’s damage to our economy, so this year if you look on the bottom of the mug it says “Labor strikes again”, because they have managed to put us in a lot of debt again. As you can tell, we have put more effort into making these mugs the best they could be than we have the NDIS and ABC combined! So order yours today! Buy one and get a free bottle of ‘Desk Jizz’ for when you want to prank a female co-worker!”