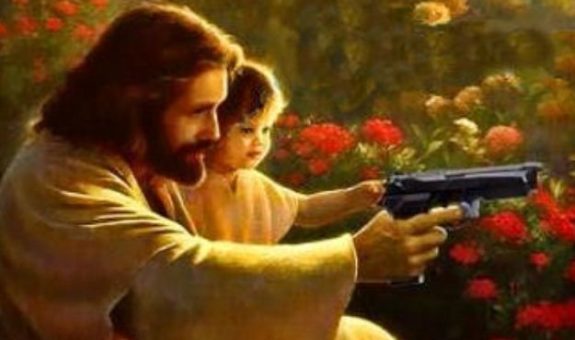 Scott Morrison has slammed claims he only invokes his Christianity selectively, saying that all of his government’s policies are endorsed by Jesus. “Jesus would have locked up refugee kids in offshore prison camps if he’d only had the chance,” he told reporters.

“A lot of people think of Jesus as some softy, but Jesus would have loved seeing kids as young as twelve catatonic and suicidal. He was just that sort of guy,” he said. “But you can’t question that because that’s my Christianity, which is very personal to me.”

The comments come after the ABC-TV’s Tonightly show ran a comedy song making fun of the fact that Morrison claims he’s a Christian while his government denies medical care to refugee children. “We love Jesus, Jesus, but not refugees-us,” the song proclaimed.

But Morrison hit back at claims that his Christianity was a fig-leaf that he used for only some issues. “You can’t say that I selectively use Christianity because any criticism of my belief is a gross breach of religious freedom,” he said.

He went on to say that the ABC should be ashamed of itself. “Jesus clearly said that the ABC should have less critical voices in its TV programming. It’s right there in the bible. But don’t ask any questions about that because it’ll breach my freedom.”

Earlier, Morrison was accused of using the bible to justify his opposition to marriage equality, while ignoring Christian values in the rest of his policy agenda. But the Prime Minister said that was rubbish.

“If you look at the bible closely,” the Prime Minister told journalists, “it was very clear that Jesus wanted to stop the boats. Also, the Bible clearly states that Jesus preached for the scraping of the Paris Climate Accord, a commitment to lower electricity prices and lower taxes for businesses with revenue under $50 million. It’s right there in the bible,” he claimed. “But you can’t question me on that because it’s my religious belief, and questioning me is an outrageous attack on religious freedom.”