National
“I supported firing Holgate because it is not my job to oppose” says opposition leader
April 15, 2021 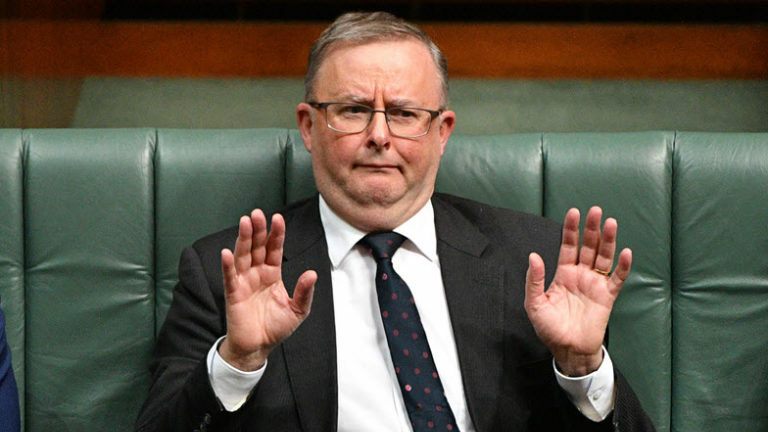 Opposition leader and guy who will do anything to please voters except drafting effective policy, Anthony Albanese has responded today to assertions that he is being hypocritical when slamming the PM over the firing of former AusPost CEO Christine Holgate as Albanese himself called for the immediate firing of Holgate when the story of the watches first came out. According to Albanese he was ‘just trying to be helpful at the time’, claiming that ‘I supported firing Holgate because it is not my job to oppose the PM.”

“How could any good leader fire Christine Holgate?” asked the man who previously said the PM wasn’t doing enough by firing her. “I agree that she should not have been fired, and I take that position at the same time as the PM and the AusPost board. Someone really should have lead some sort of opposition to the firing at the time, I am sure someone was meant to do that. Why didn’t the Greens stop him? Those Greenies ruin everything.”

“The Morrison government were disgusting with their public bullying of Holgate,” said the man who publicly shammed her at the time, “you would not see anything like that from a nice guy like me. But I am not trying to say Scotty isn’t a nice guy, I am just saying I am nicer. Just like all things in this country, the Labor party are on the side of being ever so slightly better than the LNP when judged based on what the overall opinion of NewsCorp readers.”

In response to this statement, Labor die-hards have successfully trended on twitter slamming the media coverage or alleged lack there of in regards to Albanese’s announcement by sharing pieces of the mainstream media coverage of the announcement with captions implying that only Albanese has received push back over the Holgate scenario.

A representative for the Labor stans told us that getting a thousand or so tweets will, “make a real difference here in this country. See we know all Australians fully forgive Albo on this issue, but the media are too blinded by partisan bias to look introspectively and realise that Albo is perfect in every way and Scomo is the only deserving of any criticism ever.”