National
Hanson plans to have baby so she can use The Sonia Kruger Defence
July 19, 2016 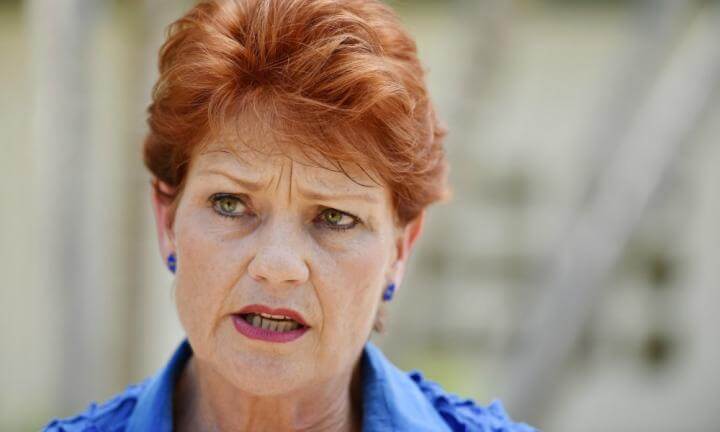 After once again having her moral stance called into question on ABC TV, Pauline Hanson has announced her decision to have another baby as soon as possible in what she’s calling ‘The Sonia Kruger defence’.

“The last 24 hours have taught me a lot,” said Hanson as she picketed a Lakemba McDonald’s with a bunch of retirees, calling on McDonald’s to stop the Bacon and Egg McMuffin from being certified as Halal.

“I’ve been doing it all wrong. Sharing my anti-Muslim, anti-Halal views and chalking them up to my own self-interest has made me look like a xenophobic bigot, but if I squeeze out another baby then I can begin every sentence with ‘as a mother’, which will automatically makes me immune from criticism. I don’t know why I didn’t think of it sooner.”

“I just hope I can get some baby formula before the bloody Asians take it all.”

The list of potential fathers for the Hanson lovechild is currently limited to Andrew Bolt, Corey Bernardi and David Leyonhjelm, all of whom responded by claiming they wouldn’t touch Hanson with a ‘ten foot pole’.

Commentators say the trio would be lucky to have ten inches between them.

Asked for her thoughts, Sonia Kruger proffered “I think Pauline has a point. As a mother, I’d definitely like to see more mothers who agree with my bigoted views.”