loading...
National
Guy who has no expertise in war or humanitarian efforts says he is sick of ‘armchair experts’
1st of your 1,000,000 free articles this month 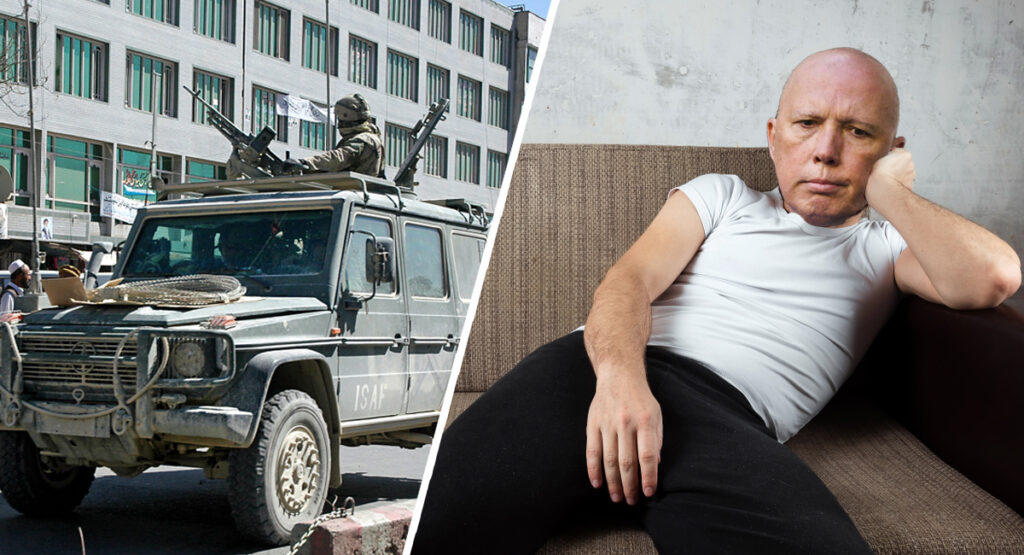 Minister for Spudding Peter Dutton has slammed assertions that Australia should have done anything in regards to helping Afghan translators flee to Australia, going so far as to slam “armchair experts” who keep weighing in on his work like ADF leaders from Afghanistan, humanitarian advocates and anyone else who has a soul.

According to the career politician whose only other job was being a cop, he is the only one with the experience and know how to decipher whether Australia’s evacuation plan which led to one refugee being shot and left behind was a complete success or not. This seemingly after the only other people to think Australia didn’t completely fuck it up are the other members of the government.

“I am sick of all these people who aren’t experts weighing in on this issue,” he claimed while dismissing criticism from actual experts, “they keep making this sound like we should have made an effort over the last two years. But I disagree, we can’t just trust these people the same way we trusted them for 20 years during war, they aren’t au pairs or rich white people after all.”

“We cant reward these  potentially dangerous people and let them be near civilians,” said the man who is currently arguing against the ADF’s policy of stripping people of their awards if they committed war crimes on civilians, “this is a terrible idea. We don’t know who they are, besides the people in the army that know them, we no one else in the army knows them. It would be safer if we just left them there for now. I mean I think we are all being a bit judgemental of the Taliban. I told them that if they murder people we will maybe think about setting a sternly worded presser speech. They will fall in line.”