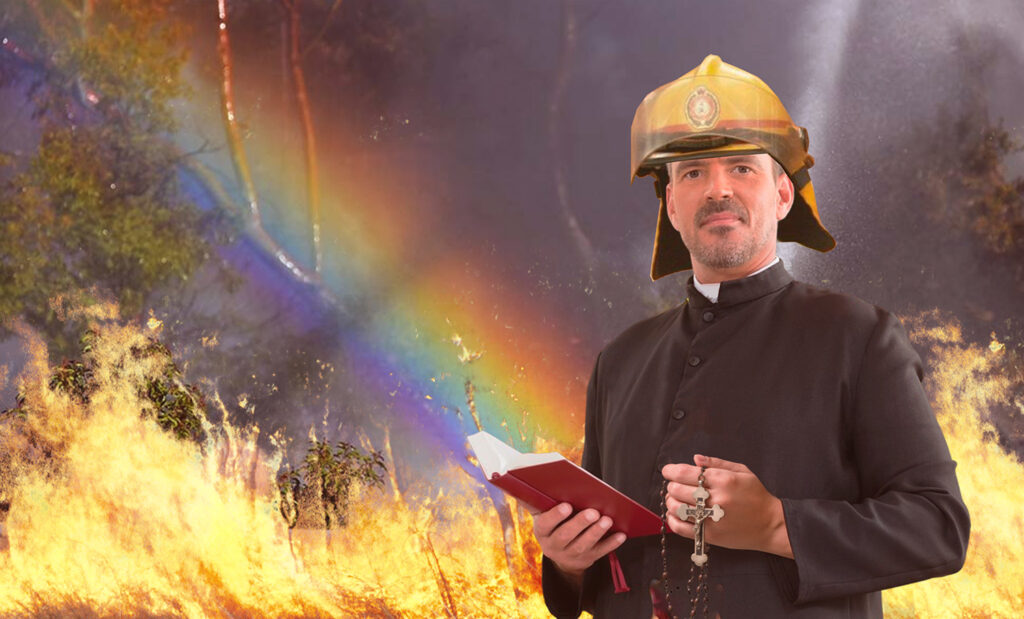 The school chaplaincy programme in Australia has been given another funding boost this week, as the federal government ramped up efforts to train all firefighters in the practice of gay conversion therapy in order to help prevent wildfires across Australia.

Pointing to recent evidence by climate scientist Israel Folau, the government says they cannot take any step too small to address the climate catastrophe, especially if it also means funnelling more tax payer money into churches. “While I was initially sceptical about Folau’s plan, when I looked at the science, I remembered that science is heresy, and promptly ignored it.” explained Prime Minister Scott Morrison today. “While I’m not entirely convinced by his attempts to link ‘flaming homosexuals’ as the cause of various bushfires, I can’t see any downside with having more people in the community trained in converting our native flora and fauna away from homosexuality, which is not what God intended.”

However, the plans have already gone awry, with those contracted to do the training misunderstanding what was meant by “gay conversion therapy”. “Oh dear, oh no, I think I’ve stuffed up,” said one Chaplain re-reading over his notes, “I’ve converted all the firefighters TO homosexuality. Damn, I really should have double checked these instructions. The Pope’s gonna have my head.”