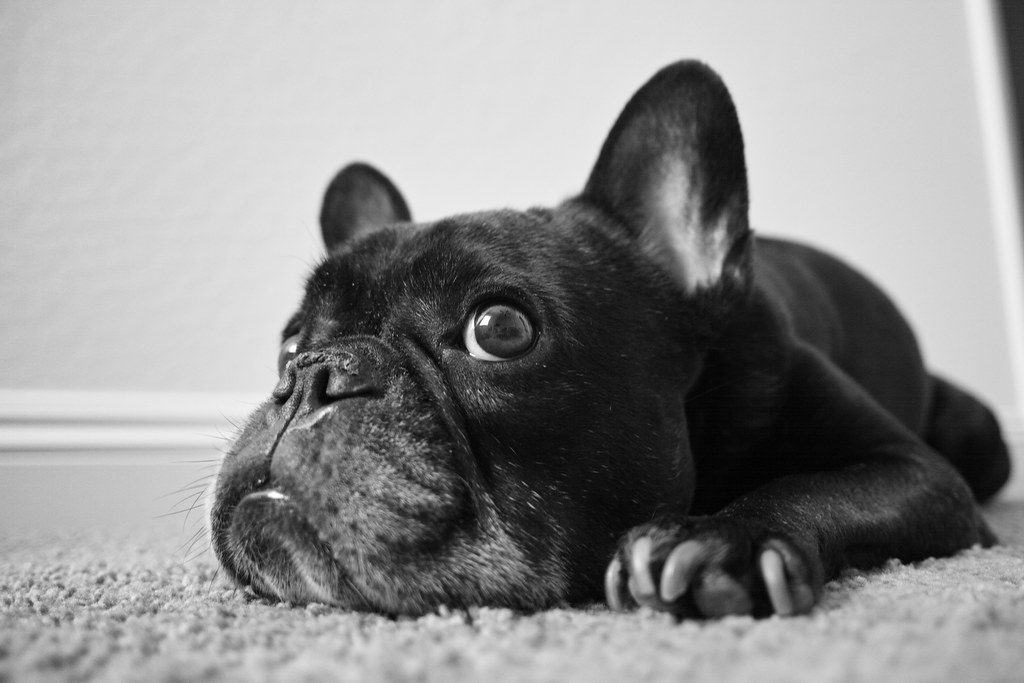 FRENCH Bulldog Ignatius III, who had been living a life of hedonistic luxury in his Gold Coast apartment for the past three years, has been suddenly confronted by the need to curb his rampant dry-humping habits now that he has to share his personal space with his family of four.

“I didn’t even realise I had a problem, but they say you don’t know what you’ve got til it’s gone,” he said.

“I used to run this place. The young humans and the big ones would all be off at their jobs. I’d start my day off dragging my ass along the carpet in every room, licking the family tablets and barking at nothing for about an hour, but then the boredom would set in.

“What starts off as me casually licking myself would soon descend into a hump frenzy, starting with my own soft toys in the loungeroom and ending on the big master’s bed with their boomerang pillow.”

Now, with a crowded house, Ignatius has been forced to hide his addiction, limiting his outbursts to the middle of the night.

“If I keep going the way I am I’ve heard them mention getting me desexed. The teenage boy here is just as bad but they won’t cut his bollocks off because he can close a door? That’s discrimination.”

“To make it worse, the bitch next door’s masters are a personal trainer and a hairdresser, so they’re never home. Some people have all the luck.”